This meme was started by Books by Proxy, whose fabulous idea was to compare UK and US book covers and decide which is we prefer. This meme is currently being nurtured by Lynn’s Book Blog and the theme this week to feature on any of our covers is ghosts. I’ve selected The Ghost Brigades – Book 2 of the Old Man’s War series by John Scalzi.

This edition was produced by Tor Books in May 2007. ‘Spaceships, baby!’ has become the warcry for my marketing maven and I when designing a new cover for my space opera adventure series. But these ships are completely overwhelmed by the huge blocky title and author fonts and the chatter cluttering up the artwork. I don’t think this one works at all. 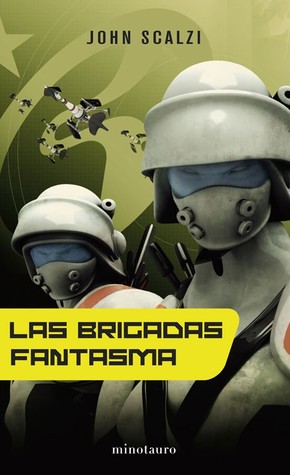 Published in June 2008 by Minotauro, I think this Spanish edition is really clumsy. I don’t like the stylised treatment – while those savage-looking space-warriors look suitably threatening, that green sky doesn’t sit well with me. While that horrible yellow blob as a background to the title font is completely unnecessary. 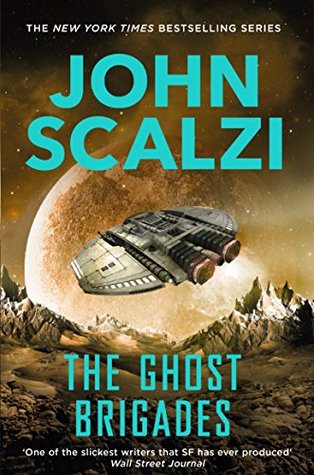 This Tor edition, published in November 2015, is a classic science fiction cover featuring a cool spaceship against a huge half-ruined world. The detail is lovely, yet there definitely a feeling of menace. I really like this version – it’s my favourite. Spaceships, baby!

This Romanian edition, produced by Nemira in February 2016, is all about the lethal space warrior. However, he does look disturbingly like the Borg in Star Trek. I don’t like the boring font and the chatter across the top of the cover, either.

This cover, published in November 2007 by Subterranean Press, is again featuring the genetically formulated soldiers. I don’t know how anyone without prior knowledge of the series would know this is military science fiction, instead of horror. And Scalzi’s name merges into the cover background, which completely vanishes when the cover is a thumbnail. Which is your favourite?