This meme was started by Books by Proxy, whose fabulous idea was to compare UK and US book covers and decide which is we prefer. This meme is currently being nurtured by Lynn’s Book Blog and the theme this week the theme to feature on any of our covers is masks. I’ve selected The Masked City – Book 2 of The Invisible Library series by Genevieve Cogman. I loved this one – see my review here.

This edition was produced by Tor in December 2015. It is the default cover and is the one on the book I read. The maroon, leather effect is striking, especially with the details standing out so clearly in a white silhouette. Overall, this cover has a classy, period feel which nicely echoes the book. If I have a slight issue, it’s that it might be mistaken for a straight historical adventure, though perhaps the detailing of the dragons in the corner should dispel that impression. 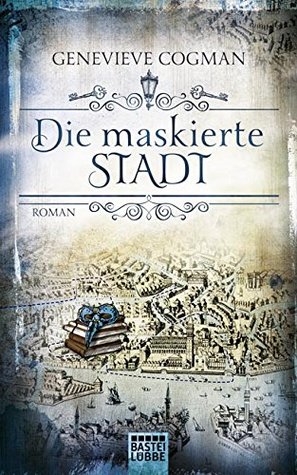 This German edition, produced by Bastei Lübbe in August 2016, has chosen to depict the cover as an old map. The detail is lovely and the rather scuffed, battered effect to replicate ageing is a nice touch. However there are two issues with this version – it simply looks a drab mess in thumbnail size and once again, there is very little to guide the reader that this is actually a fantasy book.

Published in November 2017 by Omega, this Czech edition is also beautiful. The gold against the navy blue gives this cover a glorious, luxurious feel, harking back to the days when books were so exclusive and expensive, only the rich could afford to own them. I love the title font, which echoes this splendid opulence. However, the caveat I raised with some of the other offerings still stands – more so, as there isn’t a discrete dragon outline in a corner to give a prospective reader a clue that this is a fantasy adventure. 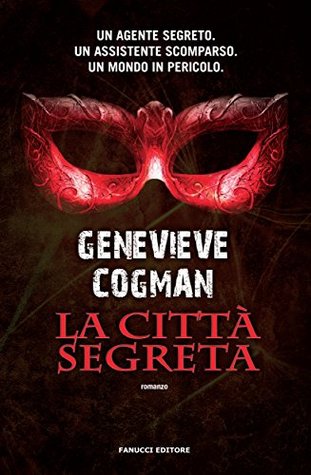 This Italian edition, published by Fanucci Editore in April 2018 is my favourite. I love that beautiful, eye-catching mask which sings out of the cover, giving this one extra focus and impact that I think is slightly missing from the more restrained efforts. If I have a niggle, it’s that the title font could be less boring.

This cover, published in February 2017 by Wheeler Publishing Large Print, is back to the sumptuous, old fashioned feel of most of the others. Though this time around, there are more clues for readers. While I generally dislike lots of chatter on covers, there isn’t any artwork to be obscured and the recommendation by N.K. Jemisin should provide a hint that we are dealing with a SFF book. Once again, the effect is elegant and eye-catching. Which is your favourite?