This meme was started by Books by Proxy, whose fabulous idea was to compare UK and US book covers and decide which is we prefer. This meme is currently being nurtured by Lynn’s Book Blog and the theme this week featuring on any of our covers is the word LEGEND. I’ve selected Myths and Legends by Anthony Horowitz. 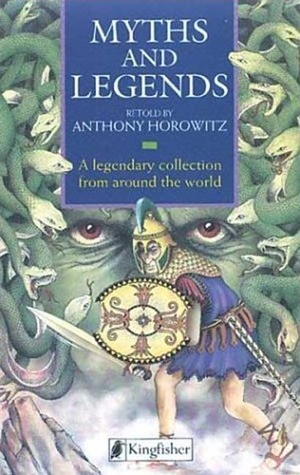 This edition was produced by Kingfisher in April 1994. I love the Medusan head glaring out at us, but that ugly blue textbox really spoils the whole effect – particularly as the font is so very boringly ordinary. It is entirely in the wrong place, blocking out too much of the cover design. 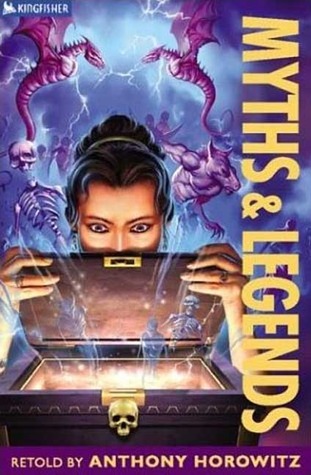 Published in November 2003 by Kingfisher, we still have the threatening glare by an angry female, but this time she is an Eastern princess. I love the box opening and all the creatures escaping. The title running up the side of the cover works well and allows the attractive design to be properly seen. 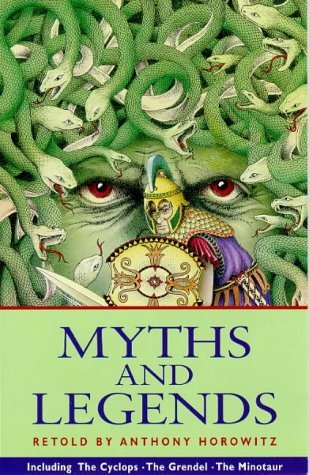 This hardback edition, published by Kingfisher in September 1985 demonstrates just what a difference a textbox can make. This version of the first cover is far more effective as we now can see those amazing snakes writhing around. I also prefer the green colour of the textbox as it merges with the overall design, rather than clashing with it – though given the choice I’d do without it altogether. 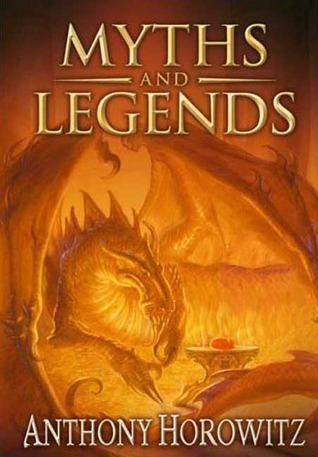 This edition, produced by Kingfisher in July 2007 has nailed it. Who doesn’t love a dragon – and what a dragon! The vibrant orange hues are glorious, snagging attention and begging for me to pick this one up. The artwork is beautifully detailed without any textbox AND the font has been bevelled and shaded to give an attractive 3-D effect. This is my favourite. 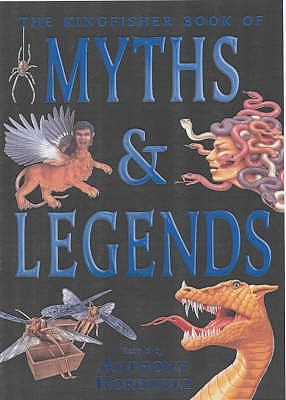 This edition is something of a mystery. Unusually, it appears on Goodreads with no other publication details alongside it, though it does look rather amateurish. The dark background doesn’t work with the deep blue font, to the extent that the author’s name is nearly invisible. That’s a shame, because the shading across the title works quite well. Which is more than can be said for the various creatures floating around the page, as they look like they’ve been selected from clipart and simply plonked there without any overarching design to pull them together. Which of these covers is your favourite?