This meme was started by Books by Proxy, whose fabulous idea was to compare UK and US book covers and decide which is we prefer. This meme is currently being nurtured by Lynn’s Book Blog and this week we are featuring GREY COVERS. I’ve selected Red Moon by Kim Stanley Robinson. 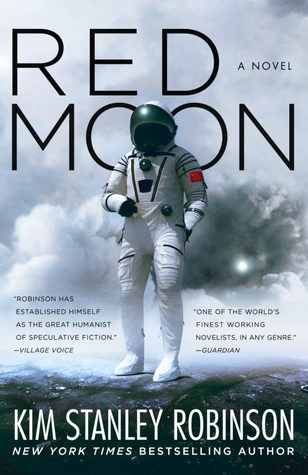 This edition was produced by Orbit in October 2018 – and was the cover that came to mind when I thought about this challenge. Being a simple soul, I do recall wondering why the cover was so determinedly not red, given the title. I think it is a strong simple design, unfortunately compromised by all the chatter clogging up the overall effect. For once, I really like the stark, plain title font and I think the textbox at the bottom of the page has been done well, too. A shame about that chatter… 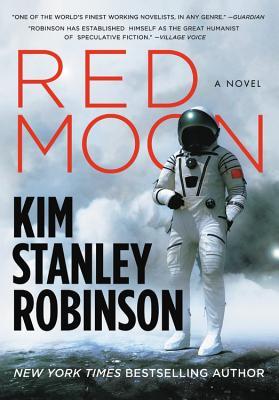 Published in September 2019, this cover has taken the basic design from the previous year and has tweaked it, somewhat. The figure is offset, which I think is more effective and I also like the red font, giving a nod to the title. It also nicely stands out from the otherwise monochromatic colour palette. I prefer what they’ve done with the author font, too, given that will be the selling point of this book. Overall, the effect is cleaner and more visually appealing than the previous offering and this one is my favourite. 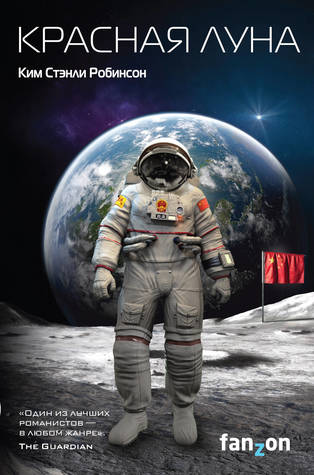 This Russian edition, published by Эксмо: fanzon in March 2019, still features an astronaut, but they have gone for a classic spacescape with Earth in the background. I like the pulse of red courtesy of the Chinese flag in the background, but I do think the title gets a bit lost for this to be really effective.

This Italian edition, produced by Fanucci in January 2019, is, instead, featuring that red moon. Trouble is, it is all but obscured by the dust on… the moon? That doesn’t make any sense. And neither does the fact we can’t see any stars in the background. I hate this cover for being idiotic at best and plain misleading at worst. If this was a fantasy adventure, it wouldn’t be so bad – but it’s hard sci fi. What does work for this cover is that funky title font, which I really like.

This German edition, published in August 2019 by Heyne Verlag, has taken another angle. This one works really well – I love the pop of red from the flag reflected in the visor. It’s a really cool design, both eye-catching and effective. The main reason this one isn’t my choice as the cover of the week, is that the title and author fonts are simply not striking enough. But it was a close-run thing. Which is your favourite?