This meme was started by Books by Proxy, whose fabulous idea was to compare UK and US book covers and decide which is we prefer. This week the theme is a cover featuring a tower, so I’ve selected The Black Tower – Book 5 of the Adam Dalgliesh Mysteries by P.D. James. 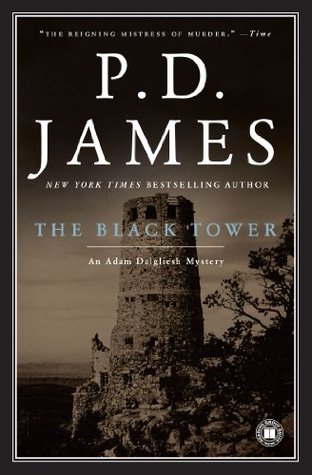 This edition was produced by Touchstone in April 2012 and I want to like it more than I do. It seems a rather cool idea to envelope a rather haunting image of a tower in a very dark tint. In reality, I think the result is rather dreary and unappealing – though I’m unsure whether that’s really the case, or the fact that I am very much drawn to bright, sunshine colours. 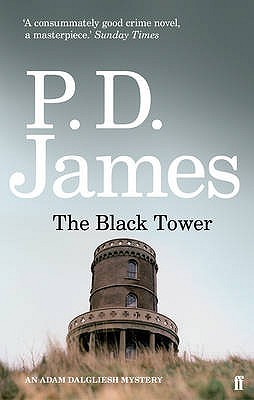 Published in April 2010 by Faber and Faber, I much prefer this version – though it might also be because this is cover of the book that I’ve read. It is rather brooding with a stark beauty about it and I also like the way the author and title fonts have been handled. This one is my favourite. 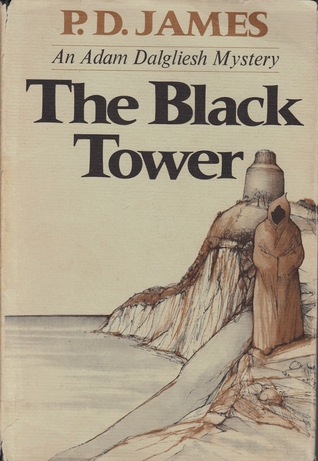 This edition, published by Scribner Book Company in January 1975, must have had poor P.D. James sighing in disgust. What were they thinking? This is a sophisticated murder mystery featuring a nuanced, clever protagonist during a personal crisis. Yet, this looks like something out of a Boys’ Own Annual… 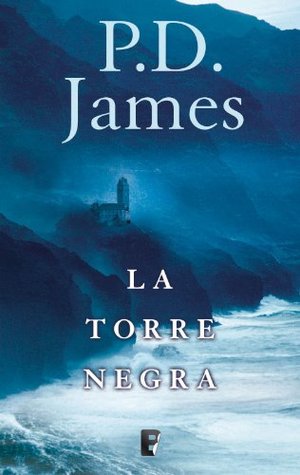 This Spanish edition, produced by B de Books in August 2012 is certainly a lot better than the previous effort. The tower perched on the edge of the cliffs with the sea in the foreground and the deep blue colour is certainly attractive, but I think this cover still lacks sufficient finesse for such a cleverly constructed book. 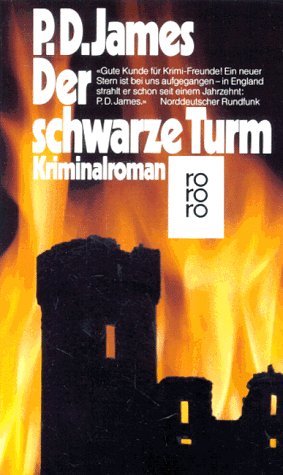 This German cover, published in December 1998, is a dreadful effort. Someone let the children loose in the graphics department and then accidentally forgot to erase the effort – surely? So we have the photo of a ruined tower grafted over the image of flames which aren’t even to scale, making the whole thing look completely false. And then they further ruined the dodgy effort by plonking a lot of writing on the cover – although, come to think of it, maybe they added it in a vain attempt to draw attention away from the shockingly bad job they’d made. Which is your favourite?