This meme was started by Books by Proxy, whose fabulous idea was to compare UK and US book covers and decide which is we prefer. This meme is currently being nurtured by Lynn’s Book Blog and the subject this week featuring on any of our covers is SHAPESHIFTERS, so I’ve selected a book from a cracking series I very much enjoyed – World’s End – Book 1 of the Age of Misrule by Mark Chadbourn. 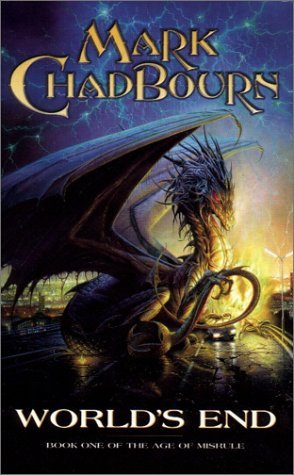 This edition was produced by Millennium in September 2000 – and it was this cover that prompted me to pick this one off the shelves. I love it. That glorious dragon suddenly appearing in the middle of the M4 in the path of a speeding car. The lighting… the rain reflecting the amazing image off the tarmac… a modern landscape in the background… the coruscating light flickering in the sky where the dragon has made his entrance… I think this is a masterful cover and it’s one of my all-time favourites. 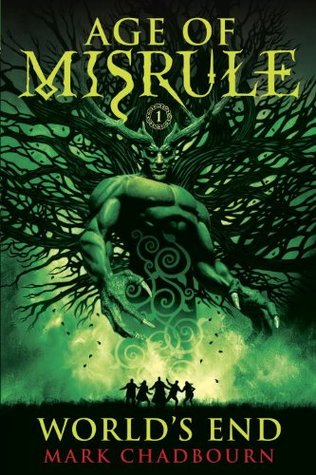 Published in April 2010 by Pyr, this is another fabulous cover. If I hadn’t already given my heart to the dragon-themed cover above, this would certainly have been my favourite. The sheer threat and majesty of the magnificent being is so well depicted against the appalled figures silhouetted against that lurid green aura… I also love the title font, which works wonderfully well and holds its own with that amazing image. 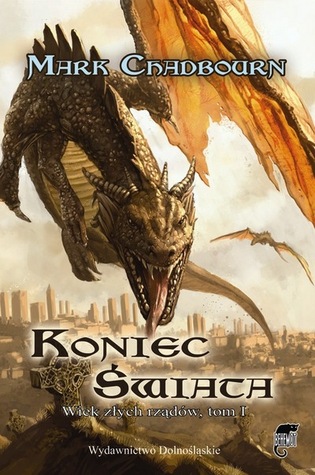 On any other day, against normal covers, this effort would probably be my favourite. I love the image of the leaping dragon on this Polish edition, published by Wydawnictwo Dolnośląskie in May 2006. The sheer vicious anger on that dragon face snarling out at us is sufficient to snag my attention – and I also love the beautiful slice of the wing and the way the title is nested within the image – but not quite enough to make this one my favourite… 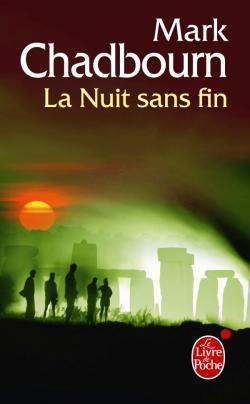 Produced in June 2011, this French edition has gone for a feeling of menace, with the encroaching darkness held back by the small bubble of light over Stonehenge – what a clever choice for a symbol of ancient Britain – and our group of plucky protagonists silhouetted against that light, with an ominous red moon rising… Very cleverly done and far more understated than the previous efforts. Sadly, I’m not a subtle soul and prefer the clamour and excitement of dragons – because they’re – well, DRAGONS, baby! 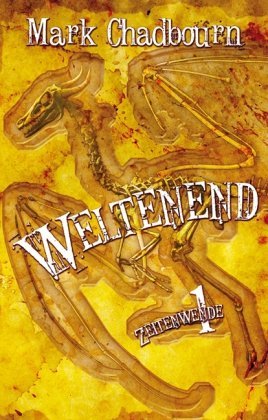 This German edition, published by Feder & Schwert in July 2011, takes an entirely different tack and is another excellent example. The fossilised remains of the dragon, all picked out in glorious shades of gold and yellow, draws the eye. I love the slight spatter of blood – as well as giving extra visual drama, it also provides unanswered questions for the prospective reader… The designer has also taken time to consider how to include the textual matter within the artwork, which is fabulously executed. Another one that was so very nearly my favourite – which one do you prefer?