She has nothing—not even a roof above her head. She has unimaginable powers, but these 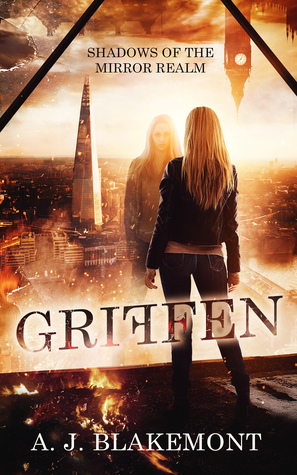 powers come at a price: she has to feed on the mental energy of human beings, killing them in the process. Her name is Griffen and she is a newborn. She is a copy, a paranormal twin of a young woman, Letitia. Griffen is not the only one of her kind—there are others like her, living among humans or hiding underground. Romantics called them doppelgangers, ghostly twins, the harbingers of death. Scientists who know that they exist call them simulacra. They call themselves mirror souls. Who are they and what are their goals?

This feels like the start of a series about this group of superbeings who have existed in our world alongside us for millennia. We see this world through the viewpoint of this newly created being, who has the memories and emotions of Letitia – yet needs to kill in order to stay alive. Traumatised and loathing the need to kill in order to keep alive, Griffen attempts to learn more about who she is and what she is capable of, in order to continue to be able to cope with her abilities.

It is a nifty idea – provide someone right at the start of their journey and give the reader a front row seat as she begins to learn more about who she is and what she is capable of. I very much liked the idea of how the mirror world is created and the factions and politics of the power struggles between those factions is by far the strongest part of the book. Blakemont nicely blends parts of our history, such as the Knights Templar being one of the early powerbases of the mirror beings for instance. And there are pleasing echoes of the vampire legends embodied in some of their attributes that I enjoyed.

What hampered my full reading enjoyment was my inability to bond with the main protagonist, Griffen. Perhaps had I known a bit more about Letitia before Griffen’s creation, in order to get a real sense of what she feels she has lost, I would have found her more interesting. It wasn’t until well into the book, I really began to care more about her aims and goals and with many books that would have been a dealbreaker, but I found the alternate world Blakemont has created sufficiently engrossing that I was able to continue enjoying the read. For while I didn’t fully identify with Griffen, neither did I actively dislike her. Overall, this is a pleasing adventure about an interestingly original set of superbeings, whose opposing aims and cultures pulled me into this story.

While I obtained the arc of Griffen from the publisher via NetGalley, this has in no way influenced my unbiased review.
7/10