Himself picked this one up – and recommended that I read it. After trudging through a couple of hefty fantasy reads, I was yearning for a sci fi space opera adventure and reached for this one…

Twenty-five years ago the Vardeshi came to Earth. Then they vanished without a trace. Graduate student Avery Alcott always knew they would return. When they do, she’s the only one who can speak their language. She’s quickly recruited to join the crew of an 11-man starship on a one-year mission into the depths of space.

What an impressive debut! I loved the character of Avery – bookish, quiet and introverted, which doesn’t stop her being driven and single-minded with hidden resources. Which she certainly needs… She is a linguistic student selected by a brilliant college professor to learn the Vardeshi language just in case they return. And then they do – and she is the only person of an eligible age who can speak their language.

The preparation for a mission where she will be travelling on a Vardeshi ship as a member of their crew as part of the cultural exchange is so very well depicted. I found this book hard to put down as Avery finds herself tackling hand to hand combat, learning how to send secret messages and cooking her own meals on portable equipment as no one knew whether alien foodstuffs would be poisonous to humans, or vice versa. I also loved her struggles to acclimatise – finding the lighting, slight gravity differences, the fact that everything around her isn’t designed for a human body – an issue that she has to cope with.

When things begin to escalate, I’ll admit my heart sank for a while, as I had a horrible feeling this was going to slide into a Hollywood scenario where the whole situation would become overblown and unrealistic, after it had started so strongly. Fortunately, I think Pechenick manages to avoid that one. The nightmarish situation Avery finds herself in is, after all, believable – as is the fallout.

I tore through this one, unable to put it down until I reached the end – when I was adrift with longing for more… I’ve just read the next book, Bright Shards, in this series which I will also be reviewing. Very highly recommended for fans of well-written first contact adventures.
9/10

Patrick Tilley’s brilliant bestselling thriller of humanity’s first contact with advanced alien intelligence is a high-tension tour-de-force that will leave you thinking long after you have turned the last page.

This offering caught my eye on the Netgalley dashboard, chiefly because of the cool spacescape cover. But I was intrigued to see that a book first published in 1975 is being reissued now in 2017 – how will it stand up? Given the world was a very different place then, will it seem completely outdated? I’m fascinated to find out! I’ll be reading this one sometime next week and reviewing it in mid-December… 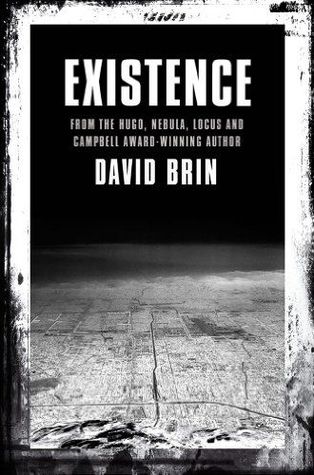 Gerald Livingston is an orbital garbage collector. For a hundred years, people have been abandoning things in space, and someone has to clean it up. But there’s something spinning a little bit higher than he expects, something that isn’t on the decades’ old orbital maps. An hour after he grabs it and brings it in, rumours fill Earth’s infomesh about an “alien artefact.” Thrown into the maelstrom of worldwide shared experience, the Artefact is a game-changer. A message in a bottle; an alien capsule that wants to communicate. The world reacts as humans always do: with fear and hope and selfishness and love and violence. And insatiable curiosity.

That’s the blurb. And it manages to make the book sound a great deal more cosily manageable than it actually is… Be warned – this is a gnarly read, particularly if your taste runs to fast-paced, character-led tales. For starters, it is a large book with a smallish font and 550 pages. But if you hang in there and grit your teeth over the info-dumps, this book is a rewarding, thought-provoking read in the best tradition of hard science fiction that raises questions of morality and philosophy, alongside the slice of futuristic adventure.

I haven’t come across a book more aptly named. For most of the novel, Brin addresses the notion of existence – and using his sprawling, epic plot explores various options open to Humanity trying to negotiate through the perplexing puzzles posed by the crystal artefact. I can guarantee you won’t find a First Contact novel that more thoroughly covers the ramifications for both us and any possible aliens still out there. In fact, right the way through this very long novel, this crystal gismo continues to provide one revelation after another. The majority of them are eminently feasible, so that I found myself at times muttering aloud at the sheer coolness of the concept.

For starters, the near-future world in which the crystal artefact pitches up is instantly recognisable. Our social media and constant interaction has been stretched so that the majority are plugged into virtual overlays and artificial intelligence is busy assisting us in every aspect of living – which is both an advantage and disadvantage… Brin has also provided a colourful range of characters whose varying reactions to the cataclysmic discovery is not only informative, but completely convincing. While I won’t pretend that depicting snappy, layered characters in a couple pages is one of Brin’s strengths, by the end of the book I really cared about a small handful of the eccentric band of protagonists that wove their way through this doorstopper.

Any niggles? The multiple viewpoints only have a couple of pages each, before we flit off to another character, which gave the book an old fashioned feel and meant that as a reader there was no getting comfortable or relaxed. While some of the backstory inserts were spot on in length, there were several times I came to an abrupt stop in a character’s viewpoint with some exasperation. While this is an amazing book that demonstrates an impressive breadth of imagination, intelligent deduction and ambition, the later depictions of the autistic character frankly had me wincing. There were also sections that I felt could have been chopped without losing all that much – and would have speeded up the overall pace to the book’s advantage.

But these observations are niggles. Set against what Brin set out to achieve and how triumphantly successful he has been, they are minor annoyances and shouldn’t dissuade anyone from picking up the book. And if you’ve ever seriously wondered where humanity is going and why we haven’t yet encountered anyone else in the galaxy, then go looking for Existence. It doesn’t provide mere food for thought – it provides a seven-course banquet…
9/10

The starship Robert E. Lee is bearing a controversial cargo on its return to Earth: the only surviving crew of the EASS Galileo. This ship and all aboard vanished decades previously, while examining an apparently alien artefact.

As John Shillinglaw, director general of the European Space Agency, waits nervously for the vessel to dock, he ponders the mystery. First Officer Theodore Harker, astrobiologist Jared Ramirez and pilot Emily Collins have been missing for fifty-six years. Where have they been… and why have they returned now?

While Spindrift is clearly set in the same world as the other Coyote novels, with the same political tensions and difficulties, readers don’t need to have read any of the previous books to be able to easily access the story – a major plus as far as I’m concerned. However, I came to Spindrift after reading the previous trilogy, which is the tale of a planet colonisation, leading to a war of independence from Earth. There were classic elements from Steele’s other novels – the political manoeuvring, leading to stupid mistakes being made. That strand certainly plays to Steele’s strengths – he is good at ramping up tensions between suspicious individuals and the Galileo’s outward journey provides a strong backdrop for these tensions to nicely fester.

I also really enjoyed the exploration of Spindrift, the enigmatic alien object. Steele manages to evoke the sense of wonder and excitement, as well as danger, while his three protagonists are confronted with the very first alien artefacts seen by humans. It is a staple of science fiction writing and all too often, authors are so carried away by telling their particular stories, they fail to take the time to adequately convey just what a big deal this event is. Not so Steele.

So far, so good. However, I do have several problems with this book, which in my opinion, isn’t as strong as his previous offerings. The first is the basic structure. As the blurb suggests, the book starts off in John Shillinglaw’s viewpoint as he waits to interview the three survivors of this expedition. Then the story is told from the viewpoints of the three main protagonists throughout the adventure, and then right at the end, it reverts back to Shillinglaw – as if the whole intervening narrative is in flashback, before the conclusion.

This has two effects – the first is that throughout the storyline of the expedition, we are aware that only Ted, Jared and Emily survive. So certain key moments are robbed of their shock or surprise value – we wait to discover in what way the Galileo comes to a sticky end, rather than being shocked that it happens. If a writer is going to pull that kind of stunt on his readers, he needs to provide another surprise – or make the characterisation so engrossing and original that the fact we already know several big spoilers doesn’t matter. Steele doesn’t provide either, so while the story is effectively told we already know too much, which robs this tale of a lot of its potential impact.

The other aspect is that as Shillinglaw ‘bookends’ the whole narrative, his character really needs to leap off the page, or he needs to provide a keynote role that helps to satisfactorily wind up the plot to a proper ending. In my opinion, Steele didn’t manage to fully persuade me that Shillinglaw’s contribution to the whole business was sufficiently important – and as for creating a really strong character – that isn’t one of Steele’s innate strengths, anyhow.

As a woman, I was particularly frustrated with Emily’s character – I felt she was very much the ‘token’ female – the fluffy, submissive kind. We kept being told that she was a wonderful pilot, despite the fact that she had all the drive and personality of a wet flannel. Both the male protagonists were a lot more interesting and I found myself wishing that Steele had stuck to making all three protagonists men.

However, all that said – it is still a worthwhile, reasonably enjoyable read. My frustration with the book is that if only Steele had restructured the story differently, it could have been so much better.
7/10