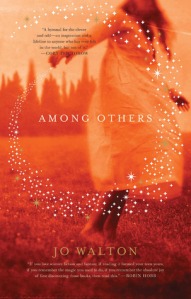 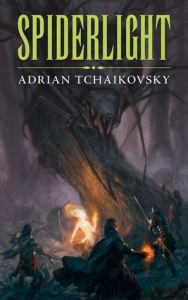 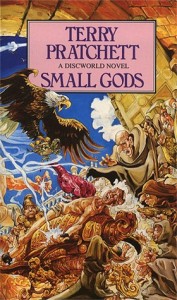 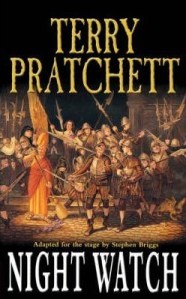 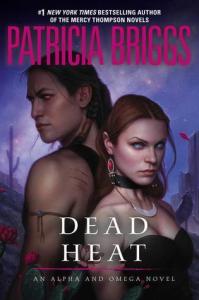 Inevitably, there was a certain amount of floundering in the opening pages of this book as it was the fifth in a six-book series and I hadn’t read any of the previous volumes. I nearly didn’t persist, but the character of Chap attracted my attention and I persevered. I’m glad I did. 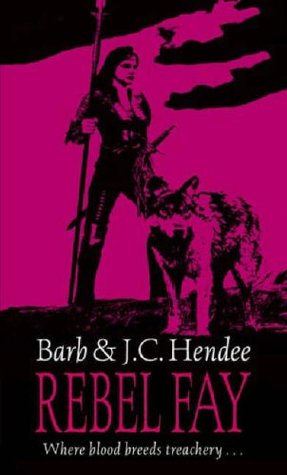 Half-elven Leesil burns with the need to rescue his mother, an alleged traitor, now held captive by elven assassins. But his obsession will endanger him and his friends, as they cross the mountains in the dead of winter, to a land known for its eerie beauty and hatred of humanity. For all of them the journey will raise more questions than answers.

Magiere, part-human, part-vampire, is plagued by visions of humanity’s ancient enemy. But which side is she destined to serve? And Chap, their canine guardian, faces a new fear. He united Magiere and Leesil for his kin, their goal being the creation of an alliance against the forces of dark magics. But now this alliance is under threat, why have the Fay abandoned him?

Yep. It is a high fantasy quest set in a secondary world peopled with elves, vampires and humans with a small band of plucky adventurers who find themselves beset on every side… But before you roll your eyes and yawn that you’ve read a bunch of books like this before – just hear me out. This isn’t some lazy, formulaic read. The Hendees (a husband and wife team, in case you hadn’t already figured it out) have taken the classic dark fantasy template and used it in interesting and inventive ways. I won’t try to pretend that their world or plotting is exceptionally original – it isn’t. What lifts this book is the depth and sophistication of the interaction between the characters.

I’ve read plenty of books where the main protagonist(s) are outsiders, either by birth or talent. I’m sure you have, too. They are a staple of this genre. However, I’ve rarely felt the force and consequences of that ‘otherness’ with such poignancy. Leesil is obsessed with rescuing his mother and drags his companions along in a headlong rush to find her. Chap, who is the other main stalwart of this slice of the story, is equally convinced that he is doing the right thing.
However, as the tribulations of their hard journey pile up, both of these main characters’ efforts to find somewhere they truly fit draw the reader right into the story. It was moving to watch Leesil struggle to say the most basic phrase in his mother tongue. Chap’s realisation that he has been used as a tool by his kin packs a real emotional punch.

The Hendees are skilful writers. The world is extremely well depicted, the action rolls forward with plenty of pace and each character leaps off the page with enjoyable complexity.

Any niggles? Well, the running sub-plot involving Chane and Westiel never fully integrated with the main protagonists and although we were given snippets about their previous interaction with Chap and Leesil, it being Book 5, I never fully fathomed what had gone on. By halfway through the book I was skipping the ‘Chane chunks’. If I’d read the series in the correct order, no doubt it would have all made sense. But, like many readers, I didn’t. The book wouldn’t have suffered if those bits had been omitted and written as a separate main story in the following volume, which presumably will tie the rest of the story together. Or the Hendees could consider adding a ‘Story So Far’ section at the start of each volume.
That grizzle apart, I found this book a thoroughly engrossing, enjoyable read and am now searching out the rest of the series.
7/10