I’ll be honest – it was the cover that drew my attention to this offering, as it looked so quirky and space-age, though that is rather ironic, given that it is set on Earth in the near future…

BLURB: The year is 2050: automated cities, vehicles, and homes are now standard, artificial Intelligence, CRISPR gene editing, and quantum computing have become a reality, and climate change is in full swing―sea levels are rising, clouds have disappeared, and the planet is heating up. Quinn Buyers is a climate scientist who’d rather be studying the clouds than getting ready for her wedding day. But when an unexpected tragedy causes her to lose everything, including her famous 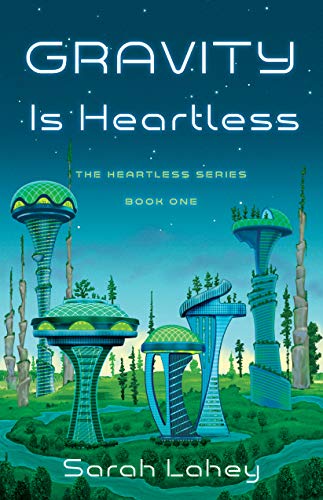 scientist mother, she embarks upon a quest for answers that takes her across the globe―and she uncovers friends, loss and love in the most unexpected of places along the way.

It took me a little while to get into this one, which is set only thirty years into the future. Now, I’m aware that writing near-future sci fi is incredibly difficult, but I did feel that the world changing beyond all recognition in such a radical manner was rather a big ask. I was also not wholly convinced by the characterisation – all the cast, including Quinn, felt a bit unnatural. However, I was sufficiently intrigued by the premise and that initial catastrophe to want to read on.

This wasn’t a difficult book to read, as the action never lets up. While it is mostly in Quinn’s viewpoint, I didn’t ever fully bond with her. It’s always a tricky business, writing socially awkward protagonists, because there is a higher likelihood they won’t click with the reader. I was particularly repelled by her unpleasant treatment of the merecat, whose programming meant it was powerless to do anything other than respond in a kindly and positive manner and she effectively bullied and belittled it. I wasn’t all that convinced by the ‘love’ story, either, as it was essentially more about lust than anything else. However, at no stage was I tempted to put this one down, as the plotting was suitably action-filled and unpredictable and I was happy to see where the story went.

But that is the major problem for me – there isn’t a single plotpoint completed within this story. Every important element is left hanging, and every single character we encounter who has any impact on the action is facing a major change or challenge by the end of the story. While I appreciate that in a series, you do want to leave a few dangling plot points – I came away feeling a tad short-changed, as the point of this whole book is to set up the ongoing narrative. So while it is a reasonably entertaining read, overall I also found it a rather frustrating experience. Recommended for readers who enjoy action-led, near-future adventures and ongoing stories. The ebook arc copy of Gravity is Heartless was provided by the publisher through NetGalley in return for an honest opinion of the book.
7/10
28.5.20

This is my first time taking part in this meme, but given that I have been an active Netgalley member for a couple of years now, it makes sense to share my excitement about the upcoming releases I am in the process of reading and reviewing.

Coming from a race of highly-evolved humans, Julia Jaynes has the perfect life. The perfect family. The perfect destiny. But there’s something rotten beneath the surface—dangerous secrets her father is keeping; abilities she was never meant to have; and an elite society of people determined to keep their talents hidden and who care nothing for the rest of humanity. 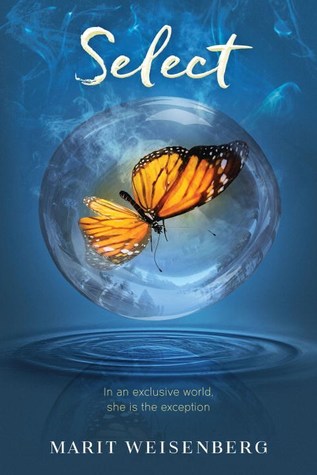 This book is due to be released by Charlesbridge Teen on 3rd October and I will be reviewing it in due course.