From today and throughout the weekend, Mantivore Dreams is FREE. Just click on the cover below, or the cover in the sidebar and it will take you to your Amazon outlet. 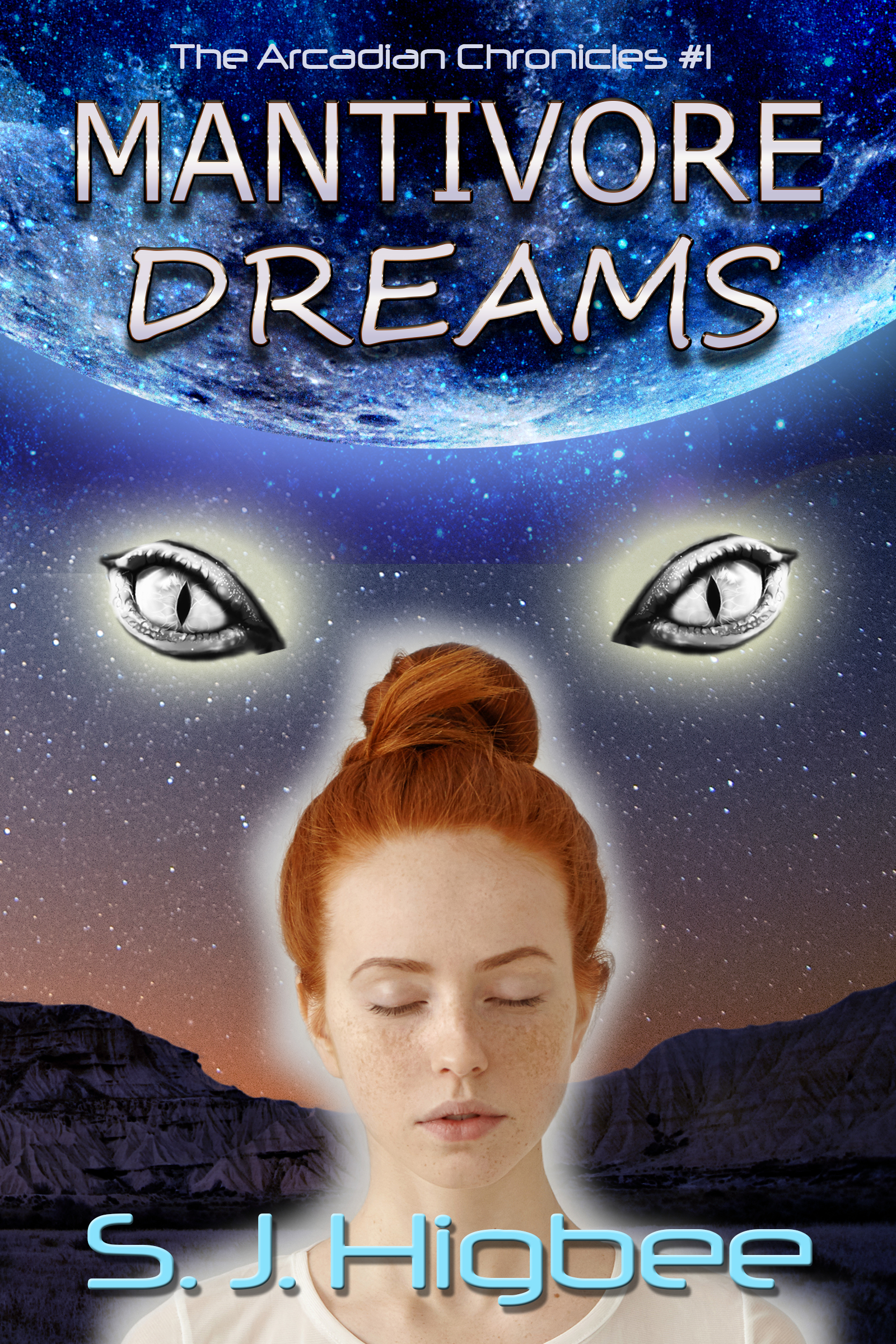 BLURB: On a colony planet, in a hot, dusty village where no one wants to live, is someone who was exiled there a long time ago. Someone who stole something so precious, others are prepared to lie, kidnap and murder to get it back.

Drawn into this web of deceit is Kyrillia, a teenager who dreams of running the village’s branch of the Node, the planetwide organic information system, but instead drudges for her mother…

Seth, member of the disgraced Priest family who can read and write, but instead toils as a day labourer on the smelliest, most thankless jobs in the village, in exchange for scraps of food and temporary shelter…

And Vrox, an ancient, sentient alien who lives only in Kyrillia’s imagination, or so she thinks…

When Kyrillia sneaks into the Node and opens up a forbidden site, she triggers a chain of events that not only rips through her own life, but affects those living thousands of miles away in the capital. For when something so precious goes missing, others will stop at nothing to get it back.

What inspired me to write this series were a couple of ideas that I wanted to explore. I have always been interested in the concept of power – who wants it; who thinks they have it; and who actually has it. Most stories are about power, I think. This time, I wanted to put it right at the forefront of the narrative, because it is often disguised as something else.

Another notion that fascinates me is what defines an alien – and the answer ultimately has to be their difference. But what if they aren’t quite as different as we all thought they were? Particularly if that alien species is telepathic and can lock onto human thoughts under special circumstances, especially those of young children. And what if a vulnerable child comes to rely on the comfort and love provided by an elderly alien who lives half a world away? What if she grows up as a Cinderella figure? And her Prince Charming isn’t someone who can whisk her away from the drudgery and shield her from the danger, because he, too, has fallen through the cracks that are supposed to keep youngsters safe.

So that is the dynamic I started with, which is why this story is something of a mash-up. It’s not a classic alien story, but neither does the romance power the narrative – it’s about someone powerful hunting for something they want. However the answer is far more complicated and tricky than they know. Than anyone knows…


Below is a sneak peek at the beginning of CHAPTER ONE…

I’ve thoroughly enjoyed this series, retelling the adventures of Odysseus in the first two books, Athena’s Champion – see my review here; and Oracle’s War – see my review here. So I was delighted to be able to get hold the final book, hoping it would do justice to this intelligent and gripping action-packed version of Odysseus’s adventures before the Trojan War kicked off… I am linking this to Wyrd and Wonder 2020.

BLURB: Prince Odysseus and the daemon Bria must penetrate the haunted caverns beneath Dodona, seeking a way to save their doomed nation, Achaea, from the might of Troy. The startling revelation that follows will set Odysseus on his most daunting mission yet, as he seeks to reunite the divided Achaean kingdoms before the rapacious Trojans strike. His journey will pit him against wrathful gods and legendary heroes, in a deadly contest for the hand of Helen of Sparta, the daughter of Zeus, 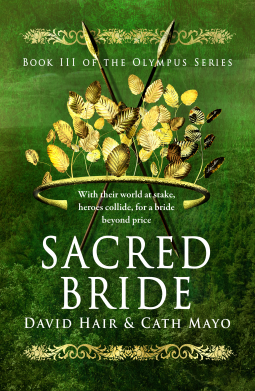 upon whose choice the fate of Achaea rests…

Once again, I was swept up in Odysseus’s adventures, narrated in first person viewpoint, which helped to make it far more immediate. He comes across as a clever, resourceful character, though with a unique talent for annoying powerful people, who would like to see him dead. However, while I do think he makes an excellent main character, it is the worldbuilding and the Hair/Mayo take on what powers the gods and motivates them to act in the way they do that, for me, makes this series really stand out. It isn’t a new idea – the gods are only as powerful as the number of worshippers they can muster – but works extremely well in this series.

However, I would just mention that if you have somehow managed to get your hands on a copy of Sacred Bride without having first read the first two books, put it back on the shelf and read those first. As an experienced mid-series crasher, I’m here to tell you that too much of importance to the events in this book has previously happened for you to be able to get away with that kind of malarkey this time around. And it would be a real shame to short-change a series of this calibre, anyway.

As for the ending, Hair and Mayo have successfully brought this trilogy to an appropriate close. Though I don’t think I’m providing too much in the way of spoilers if I say that the peace Odysseus has been responsible for engineering is somewhat fragile. I am very much hoping that Hair and Mayo are going to continue working on Odysseus’s adventures during the Trojan War – the cast of characters are so vividly drawn and well presented, it would be a joy to read their telling of such a keynote event. Highly recommended for fans of well written and researched Greek retellings.
9/10