I have to declare an interest regarding this book – Caron was one of my Creative Writing students at the Worthing campus of the Greater Brighton Metropolitan College and I have seen earlier drafts of After Seth. It was another student who contacted me to say that she had published it, and it was available on Amazon. Naturally, I was keen to read the final version – and then felt I wanted to spread the word about this gripping, intense read. This is my honest unbiased opinion of the book. 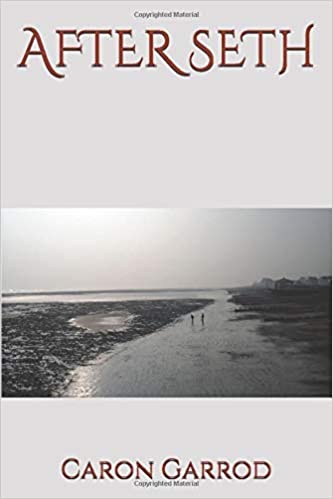 BLURB: At Seth Jameson’s funeral, three women gather at the graveside… But they aren’t there to mourn him. Detective Inspector Beatrice (Billie) Nixon is about to retire. Her last job is to investigate whether Seth’s death was misadventure, as previously thought, or murder.
As she hears their stories, a different picture of Seth emerges from the one presented to the world.
•Roz – driven to alcoholism after years of physical, mental and financial abuse.
•Eleanor – withdrawn from the world after a terrifying and life changing experience.
•Imogen – obsessed and delusional.
And Beatrice begins to wonder not did anyone kill him, but why did they wait so long? But there were other women in Seth’s life and, as she hears all their experiences, Beatrice discovers a story of strength, friendship and love. And after a lifetime dedicated to the law, she is forced to ask herself… Can murder ever be justified?

I really enjoyed reading this one. All too often, it is those who wreak the damage that somehow seem to prevail by kicking over the rules that keep society and individuals civilised, but while Garrod doesn’t flinch from showing some of the darker consequences of Seth’s actions, I enjoyed the powerful feeling of hope in what could have otherwise been a bleak read. It doesn’t hurt that both Roz and Eleanor both have a wry sense of humour that comes to the fore when the going gets tough.

Of course, this is ultimately a murder mystery. Or is it? Has Seth actually been murdered? Even that is up for debate, and it is only as the book progresses and Billie Nixon continues taking the statements of the women involved in Seth’s life, that she learns the truth. There are some nice twists, particularly as the story progresses, that gives the reader an entirely different take on what is happening, which is always satisfying in a whodunit. I think the ending is beautiful – it not only ties everything up entirely satisfactorily, but left me with a lump in my throat.

Highly recommended for fans of psychological thrillers with a whodunit mystery.
9/10