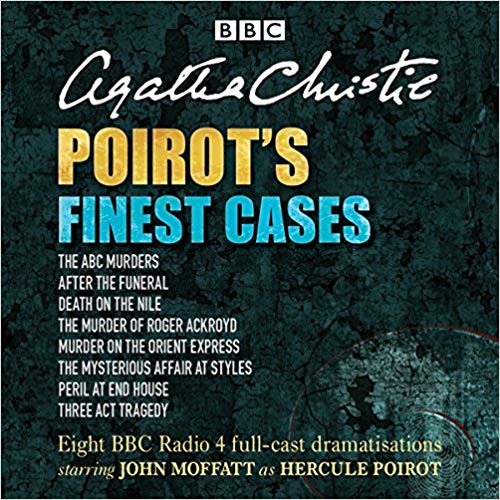 When browsing in Audible and wanting something completely different, this offering caught my eye. I’ve always enjoyed the dear old Beeb’s Radio 4 productions of Christie’s plays and thought this collection was excellent value for money.

These were a joy. I listened to them back to back, though perhaps in hindsight, I would have appreciated them even more if I’d thought to break them up as I did the Sherlock Holmes mysteries. It was something of a departure for me, as it was the first time I’d bought a full dramatization, rather than a straight narration. However, I needn’t have worried – after all, this is the Beeb and the pulling power they have to acquire the very best actors cannot be overstated.

Listening to these dramatisations reminded me all over again why Christie is regarded so highly and has lived on in popularity as the mistress of the whodunit. The plotting is spot on and in the hands of the very capable cast, the characterisation pulled me into the story so that there were times when I was genuinely surprised. While I knew most of the stories, I did not know or remember the plot of Three Act Tragedy and found the denouement quite a shock.

With the stories that I did know, I was able to listen and appreciate the overall excellence of the production, the acting and the storytelling. Highly recommended for fans of Christie at her best.
10/10