I was very impressed with the first book in this series, A Plague of Giants – to the extent that I pre-ordered this one, which is something I don’t do all that often.

BLURB: SOLDIER AND AVENGER
Daryck is from a city that was devastated by the war with the Bone Giants, and now he and a band of 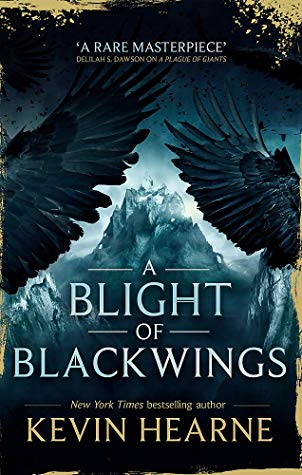 warriors seek revenge against the giants for the loved ones they lost. But will vengeance be enough to salve their grief?
DREAMER AND LEADER
Hanima is part of a new generation with extraordinary magical talents: She can speak to fantastical animals. But when this gift becomes a threat to the powers-that-be, Hanima becomes the leader of a movement to use this magic to bring power to the people.
SISTER AND SEEKER
Koesha is the captain of an all-female crew on a perilous voyage to explore unknown waters. Though Koesha’s crew is seeking a path around the globe, Koesha is also looking for her sister, lost at sea two years ago. But what lies beyond the edges of the map is far more dangerous than storms and sea monsters. . . .

Firstly, if you haven’t yet read A Plague of Giants, then whatever you do – don’t start here. You’ll be flailing around in a welter of names and places that mean nothing to you for far too long to make sense of what is happening. This is, after all, a multi-viewpoint, epic fantasy which sprawls across continents as the natural disaster causes a massive invasion of a displaced people, creating havoc and aftershocks in its wake. I’ll be honest – this isn’t generally my favourite sub-genre, as too often plotting and scene-setting trump strong characterisation. However Hearne has hit upon a nifty way to sidestep some of the limitations of an extensive cast and numerous settings, by having the story told through a bard with magical abilities to take on the characters he is depicting. So we always get a first-person viewpoint and as the bard gives an introduction to his audience, we also get a brief reminder of the character he is about to personify. I think it’s a device that works exceptionally well – particularly as the bard’s abilities are nested within the magical system that runs within the world, anyway.

This slice of the action is a strong continuation of the story that started so successfully in A Plague of Giants, and we get a further progression of the unfolding drama, with more insights into the main characters – good and bad. I also appreciated that we got to know more about the kennings – the magical abilities that some folks have; how they manifest, their limitations and the costs of such magic.

This is a hefty read at over 500 pages, but they flew by as I always picked up the book keen to dive back in and find out more. I’m looking forward to A Curse of Krakens and this one comes highly recommended for fans of epic fantasy peopled by well-depicted characters.
9/10