This meme was started by Books by Proxy, whose fabulous idea was to compare UK and US book covers and decide which is we prefer. This meme is currently being nurtured by Lynn’s Book Blog and this this week we are featuring DARK AND FOREBODING covers. I’ve selected Night Road by Kristin Hannah.

This edition was produced by St Martin’s Press in March 2011. The colours of this one are both beautiful and yet, there is a sense of wrongness. That cleverly angled head, along with the loose hair give a sense of someone in trouble. And yet, we cannot see enough to make sure. It’s very well done. I also like the lack of clutter. My one grizzle is that the title font is rather ordinary and doesn’t stand out sufficiently.

This edition, published in January 2012 by St. Martin’s Griffin, is a really dreary affair, I think. The wet road is boring, the title font is visually underpowered and the stripped back effect the designer was going for has been compromised by the chatter cluttering it up.

Published by Pan Books in June 2011, this offering is a definite improvement on the last effort. The running figure again denotes that something isn’t right, while the dark colouring and blurring gives a sense of menace. I really like the font on this one. 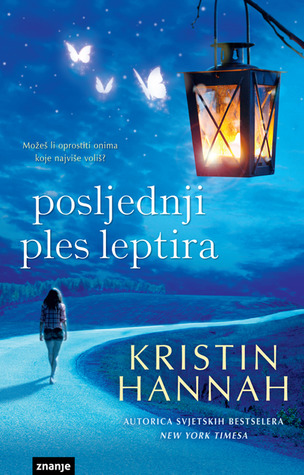 This Croatian edition, published by Znanje, Zagreb in February 2015, is more like it. The lonely road with the girl walking along it, lit by the moon looks both beautiful and threatening. I think I’d prefer it without the olden-style lamp in the foreground, but despite the rather measly title font, this is one of the better offerings.

This Romanian edition (I think! For some reason that escapes me, Goodreads has omitted that information) was published by LITERA. This is a beautiful cover, with that incredible night sky and the lurid red lighting picking out the road disappearing into the dark. While the font is still plain, it at least holds its own against the artwork and I’m pleased to see how uncluttered the cover is, allowing us to fully appreciate the design. Which is your favourite?