This meme was started by Books by Proxy, whose fabulous idea was to compare UK and US book covers and decide which is we prefer. This meme is currently being nurtured by Lynn’s Book Blog and the subject this week featuring on any of our covers is INNS. I’ve selected the wonderful classic, Jamaica Inn by Daphne du Maurier as I loved this rightly famous classic and have actually visited the site where this adventure is set, where there is now a museum devoted to the dark story of Cornish smuggling… 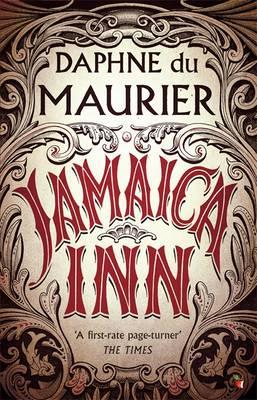 This edition was produced by Virago Press in Mary 2003 and is a strong contender. I love the drama of that red lettering against the scrollwork and in a long, long list of thumbnail covers – this one really pops. I’m aware there isn’t an inn on this edition, but I think the styling gives a sense that it is a historical adventure. I also like the lack of clutter on the cover.

This edition, published in 1983 by Pan Books, made the cut because that the image of the inn lurking in the background is uncannily like the museum housing the Jamaica Inn collection. A pity about the doe-eyed female wafting about in the foreground, though. 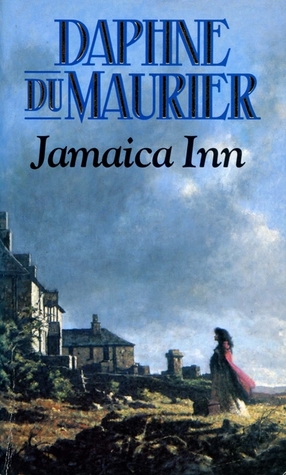 Published in paperback by Arrow in 1992, this edition is also a very near miss. The Cornish landscape is so well depicted here, with the ferns and heather crouching in the foreground and Mary staring at the unprepossessing building sprawling in front of her, that I had thought it would be my favourite. Another major plus for me – the strong fonts, lack of text boxes or chatter across that lovely image to spoil the overall effect.

This hardback edition, published by Sun Dial Press in 1937, knocks all the others out of the court. I apologise for the size of it – I generally don’t feature covers that I cannot get to full size. But this cover is good enough to break my rule. What a great effect that gateway provides, with the swinging sign giving the name of the book and author. The puddled, potholed track gives a sense of the dilapidated state of the place, while the girl whose skirts are swirling in the wind blasting across the moor, adds to the sense that all in not well. The aura of brooding menace leaps off the cover and makes this my favourite.

This Spanish edition, published in March 2018 by Alba, also gives a sense of the gothic suspense lurking in the building. I like the monochrome effect of the building against the black sky, though I do question the choice of the author text also being in black as in thumbnail mode, it simply disappears. Which is your favourite?