I know Anne Clare as a book blogger and when – belatedly – I realised her debut novel had been released, I nicked across to Amazon to pick up a copy, especially after reading Jean Lee’s excellent interview when I discovered Clare had written about the WWII Italian campaign. My grandfather had also endured the fighting at Monte Casino…

All that Sergeant James Milburn wants is to heal. Sent to finish his convalescence in a lonely village in the north of England, the friends he’s lost haunt his dreams. If he can only be declared fit for active service again, perhaps he can rejoin his surviving mates in the fight across Sicily and either protect them or die alongside them.

All that Evie Worther wants is purpose. War has reduced her family to an elderly matriarch and Charles, 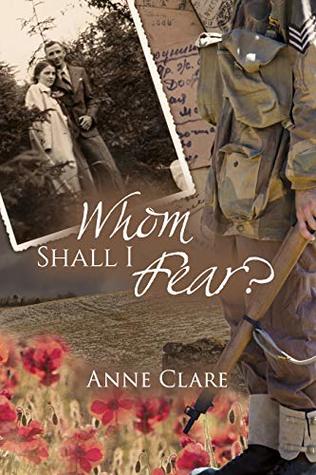 her controlling cousin, both determined to keep her safely tucked away in their family home. If she can somehow balance her sense of obligation to family with her desperate need to be of use, perhaps she can discover how she fits into her tumultuous world.

All that Charles Heatherington wants is his due. Since his brother’s death, he is positioned to be the family’s heir with only one step left to make his future secure. If only he can keep the family matriarch happy, he can finally start living the easy life he is certain he deserves. However, when James’s, Evie’s and Charles’s paths collide, a dark secret of the past is forced into the light, and everything that they have hoped and striven for is thrown into doubt.

Yes… it’s a rather long blurb – but for once I haven’t been forced to tweak or cut it – kudos to Clare for keeping it spoiler-free. What it does do is give you a feel for the three main characters and their priorities. This is an interesting book – set during WWII, the unfolding romance powers some of the narrative, but I hesitate to call it a wartime romance. While I think the love story is well handled and I was convinced by the growing feelings between the two characters, it is the depiction of the desperate fighting that lodges in my memory. Clare gets right under the skin of her main character and gives us a ringside seat into his reaction as he is pushed right to the edge of his emotional and physical limits during the brutal campaign.

There is also an unfolding situation back at home with Evie, so we aren’t given any opportunity to relax when we are in her viewpoint, either. I felt that Clare caught the earnestness and strong faith many women of the time used to get through such a tough time. Evie could have easily become a two-dimensional little mouse, given her sheltered upbringing and her domineering aunt’s insistence that she stay close – and it is a testament to Clare’s writing skill that she doesn’t.

All in all, I thoroughly enjoyed this one, which had me staying up later than I should have to see what happens during that dramatic climax. Highly recommended for fans of books with WWII setting and a strong domestic drama.
9/10