This meme was started by Books by Proxy, whose fabulous idea was to compare UK and US book covers and decide which is we prefer. This meme is currently being nurtured by Lynn’s Book Blog and the subject this week featuring on any of our covers is EYES. I’ve selected The Host by Stephenie Meyer. 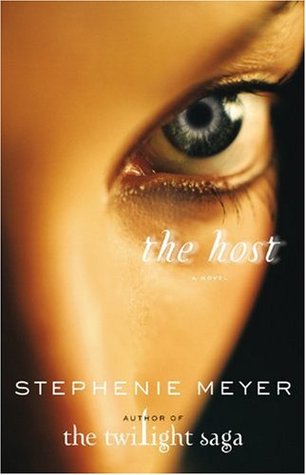 This edition was produced by Little, Brown and Company in May 2008. This is the definitive cover you see everywhere. It is surprisingly effective, that single eye staring out with such intensity – with the infamous silver line around the iris that glows eerily on the cover itself. This one is my favourite. 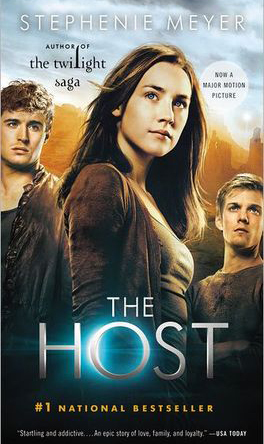 Published in January 2013 by Black Bay Books, this cover misses the whole point, while highlighting the love triangle in the book, which for me was the weakest part of the story. Still, I suppose it depends on whether you read it as a romance with a bit of science fiction thrown in, or an alien invasion with an added love story. 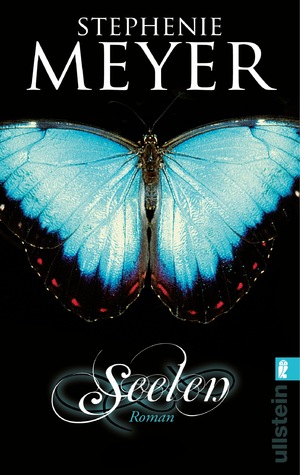 This German edition, published by Ullstein in 2011, features a butterfly. I’m not sure why. It makes for a lovely cover, though. I do feel the title is rather too curly, in fact this whole design makes me think fantasy, rather than science fiction alien invasion. 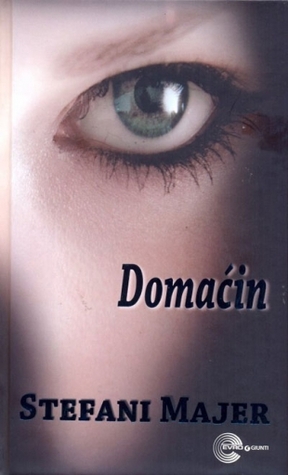 This Serbian edition, produced by Evro Giunti in 2009, is the failed version of the first cover. For starters, she is wearing far too much mascara and the light in her eye is entirely normal. So… is this our protagonist before the aliens got to her? In which case, why is the eye being specifically featured? I get the sense that they decided to rip off the really popular cover of this bestseller without reading the book, though I’m sure that didn’t happen. Did it? 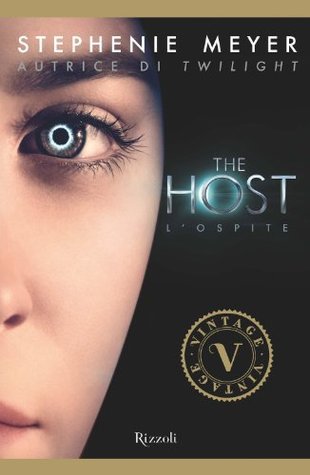 This Italian edition, published in February 2013 by Rizzoli is a far better effort than the previous offering. The face is far better, though I think the silvering in the eye looks too heavy-handed. I do like the title font, which works well as it glows out of the gloom and stands out well in thumbnail size. This is a close second for me. What do you think? Do you agree with me?