I have great pleasure in handing over today’s post to one of my fellow Kristell Ink authors, Lindsey Duncan, whose science fiction novel Scylla and Charybdis has recently been released. Lindsey Duncan is a chef / pastry chef, professional Celtic harp performer and life-long writer, with short fiction and poetry in numerous speculative fiction publications. Besides her forthcoming novel with Kristell Ink, her contemporary fantasy novel, Flow, is available from Double Dragon Publishing. She feels that music and language are inextricably linked. She lives in Cincinnati, Ohio and can be found on the web at http://www.LindseyDuncan.com.

Thank you for agreeing to pop in and chat about an aspect of your book that will interest prospective readers, Linsdey.

In creating the world for my science fiction novel, Scylla and Charybdis, one of the areas I developed 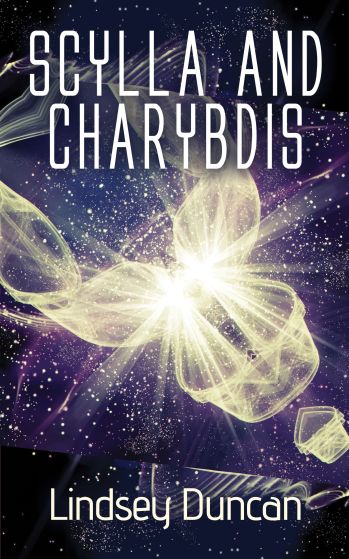 was what people did for fun – spectator sports, entertainment and games. I used it as an opportunity to highlight the differences and the similarities between the two governments in the book: the Galactive Collective and the Pinnacle Empire.

In the Empire, games are fiercely competitive and often physical, even those based in a mental component. (There’s a sequence that was in the novel which ended up on the cutting room floor where Anaea joins a word game tournament which is attended / cheered on like a hockey game. It uses virtual reality to transport players onto a rapidfire three dimensional board. It was fun to write, but it was a lengthy digression from the plot and ultimately didn’t belong. ) The tournaments are global and even cross-planet. Another popular sport? Gladiator chess, with blunted weapons incorporated into the matches.

In the Collective, gaming is more cooperative. Planetwide broadcasting is used more to coordinate the communal aspects, bringing gamers together. It doesn’t come up much in the novel, but I had it in my mind that the Collective is more interested in the newest and brightest, whatever fad game has just come into fashion. They also use virtual reality simulation for immersive play, and many of the game boards are three-dimensional.

There are competitive sports in the Collective, of course, but the upper classes consider them to be gauche. That doesn’t prevent Anaea from getting a crash course (literally) in women’s soccer. Indeed, among the ruling echelons of the Collective, the appearance of competition – if not necessarily the reality – is considered a social gaffe, and that stretches beyond games into displays of wealth, generosity and courtesy.

The Empire takes spectator sports to another extreme with raptorhound runs. Raptorhounds are a pack-hunting species native to one of the planets; before humans arrived, they were apex predators, and since have been neither tamed nor cowed. Instead, they are pitted against humans for amusement, and sometimes as a form of legal punishment. Escape a raptorhound run, and your crimes might be forgiven. But it’s not just bloodthirst: that whole idea of being able to fight your way to freedom is integral to their society.

As a writer, I really enjoyed thinking up what people would do for fun in these far-future societies, and what it said about the participants. Anaea’s travels through the universe of Scylla and Charybdis are in search of a place to call home, and the games people play are part of that, whether the literal games played in virtual reality or on an athletic court, or the figurative games of social manipulation and battle tactics.