This meme was started by Books by Proxy, whose fabulous idea was to compare UK and US book covers and decide which is we prefer. This week the theme is a cover featuring medieval times, so I’ve selected Tigana by Guy Gavriel Kay, who sounds as if he should be joining in the jousting with a name like that… 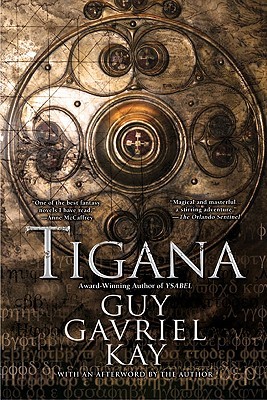 To be honest, this cover produced by Roc in December 1999 is rather underwhelming. It is very brown with an embossed emblem of something that looks as though it belongs on a shield. I’m not overly struck with the rather spindly font, either. Given this is a book about a particularly colourful time, the cover seems to be expending a great deal of energy just to blend into the general background of the shelf this book will be sitting on. 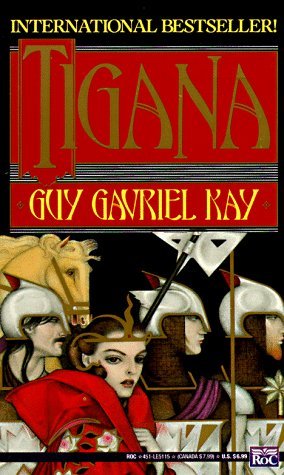 This edition was produced by Roc Fantasy in October 1991 and is far more attractive and lively. The gold font upon the red is much more in keeping. However, my main worry is on behalf of the long-suffering queen or princess… no wonder she is looking so grumpy. I’d be looking a tad fed up if I had an halberd handle sticking out of my left ear, too. 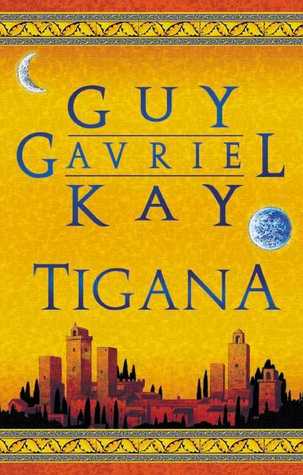 Published in April 2005 by Penguin Canada (APB), I like this one. The gold colour sings out and the distant city in the distance looks invitingly different – an impression reinforced with the two moons in the sky. I like the attractive pattern bordering the vista, which gives a suggestion that this might be an embroidered depiction after the style of the Bayeux tapestry. 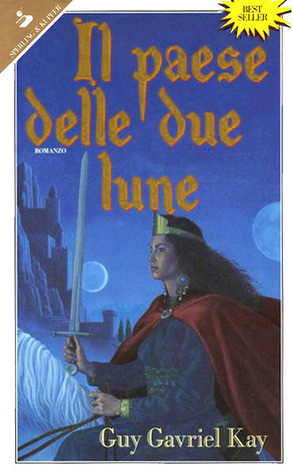 This Italian edition, published by Sperling & Kupfer in 1992, has very much gone for the fantasy feel. The moonlit scene – featuring two moons – is beautifully conveyed and unlike the queen in the Roc Fantasy offering, this monarch is unhampered by any weaponry protruding from her ears. She is beautiful and focused – and I want to pick up this book and find out why. This is my favourite cover. 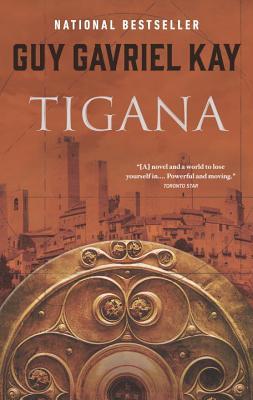 This edition, produced by Penguin Canada in June 2016, is another dun effort. This time we get the edge of the shield, as if we are peeping over it to snatch a view of the city in the distance – also brown. I’m not quite sure why, because it isn’t remotely appealing. However, that’s just my opinion – which cover do you like best?