As you may know, I changed the covers for the first two books in the Sunblinded trilogy. Immediately, I noticed an improvement in my sales for Running Out of Space. However, as we sat down and looked at the last six months, cover maven, Mhairi and I realised that the new cover for Dying for Space had absolutely no impact. Not a single person felt drawn to buy it after the initial flurry died down after the book launch blog tour. 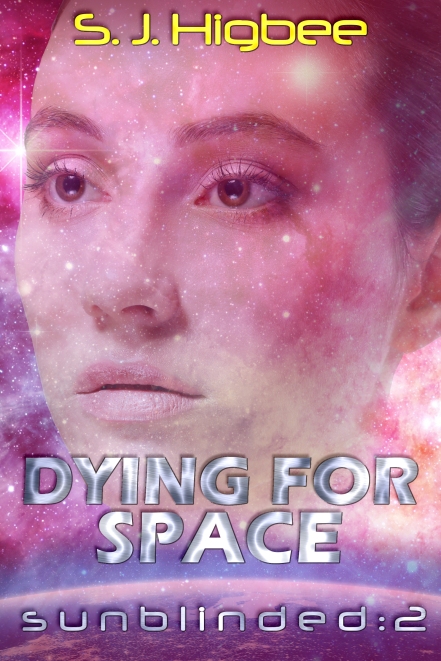 So she’s come up with this one, instead. It definitely still has the same branding as the first book, with the advantage that Lizzy is clearly alive if a tad pensive – and there is no possibility that this can mistaken for anything other than a space opera adventure featuring a heroine, whose action scenes take place outside the bedroom… This one is going live on Thursday, but I thought I’d share it with you all, first.

Do let me know what you think!