This meme was started by Books by Proxy, whose fabulous idea was to compare UK and US book covers and decide which is we prefer. This week the theme is a cover featuring a family, so I’ve selected The Rolling Stones by Robert Heinlein.

This audio edition was produced by Full Cast Audio in February 2005. It’s a spacescape so I really like it – the character in the forefront being upside down is nicely dramatic. However, she looks rather bored by the whole business and as they are clearly performing some sort of maintenance task on the outside of the ship, I doubt if she would ever get to a stage where it would be quite so tedious to be floating at the end of a tether outside the ship. And I loathe the nasty strip along the bottom of the cover which is completely unnecessary, given this is a relatively modern design. 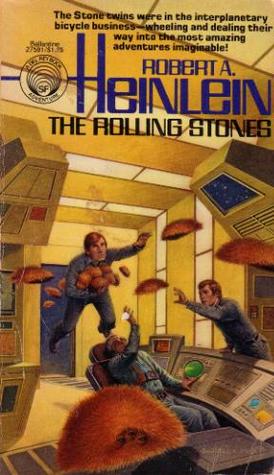 Published in February 1978 by Del Rey Books, I much prefer this version. There is plenty of drama as the twins are rushing around the spaceship, trying to gather up all these tribble-like creatures. I also think the font is rather funky and attractive, contrasting well with the bright interior of their ship. This one is my favourite, though I don’t like all the chatter cluttering up the author and title. 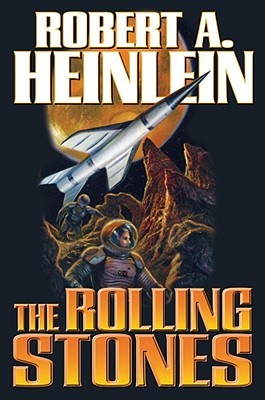 This edition, published by Baen in March 2009, has by contrast a rather generic feel. It is clearly part of the house style, with the classic Baen fonts for the title and author, along with the obligatory spacescape. The trouble is that this scene could be any old ship with a couple of suited figures, who don’t particularly look as though they are part of a family unit. 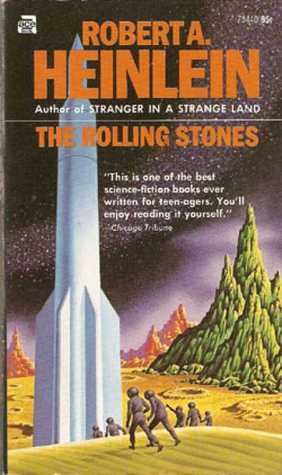 This edition, produced by Ace in November 1970 definitely has a retro feel – that rocket and those suits are more reminiscent of the 1950s, when this book first hit the shelves. However, there is no sense that the crew are a family. While the orange font certainly pops, it is rather flat, again underlining the period feel of this cover. There is rather too much chat, again, spoiling the effect.

This Czech cover was published in 2003. I have a really soft spot for this one. The angle of the ship with the two suited figures working on it draws the eye onto the attractive and eye-catching title font. I also love the touch of having the title on the ship. This is a close contender for the top spot for me – but what about you? Which is your favourite?