46% The night Miguel met Sofi, he’d been at a party celebrating the successful, newly established 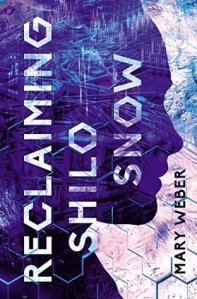 FanFight games – which were the latest in cross virtual and live entertainment created by the thirty ruling United World Corporations.

BLURB: Trapped on the ice-planet of Delon, gamer girl Sofi and Ambassador Miguel have discovered that nothing is what it seems, including their friends. On a quest to rescue her brother, Shilo, a boy everyone believes is dead, they must now escape and warn Earth of Delon’s designs on humanity. Except the more they unearth of the planet and Sofi’s past, the more they feel themselves unraveling, as each new revelation has Sofi questioning the very existence of reality.
Meanwhile, back on Earth, Sofi’s mom, Inola, is battling a different kind of unraveling: a political one that could cost lives, positions, and a barely-rebuilt society, should they discover the deal made with the Delonese.
But there’s a secret deeper than all that. One locked away inside Sofi and ticking away with the beginnings, endings, and answers to everything. Including how to save humanity.

I haven’t read the first book in this series – and paid the price as it took me some floundering before I managed to work out who was doing what to whom. I’ve now figured it – I’d have got there sooner if I’d read the blurb – and am now settling nicely into this tense adventure, where those tricky aliens aren’t what they said they were… And isn’t that cover marvellous?