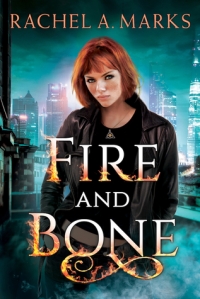 “Gossip Girl meets Percy Jackson in the glitz and grit of L.A….”

In Hollywood’s underworld of demigods, druids, and ancient bonds, one girl has a dangerous future.

Sage is eighteen, down on her luck, and struggling to survive on the streets of Los Angeles. Everything changes the night she’s invited to a party—one that turns out to be a trap.

I liked the sound of this one – I don’t know much about Gossip Girl, but I really like what I’ve seen of the Percy Jackson series, since reading snippets of it to my granddaughter. Fire and Bone comes out later this month on 20th February, so I shan’t have too long to wait.