A STEERSWOMAN ASKS, AND IS ALWAYS ANSWERED 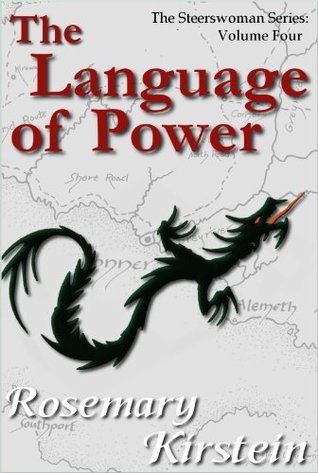 The steerswoman Rowan has learned much about the master-wizard Slado: how his spells are devastating the distant lands known as the Outskirts, and how they will ultimately threaten even the Inner Lands. But she knows nothing else about him, not even why he is hiding his actions from the other wizards. He must be found, and stopped. Now, following the slimmest of clues, Rowan arrives in the city of Donner hoping to learn more about Slado’s plans. But when the answers begin coming in faster than the questions can be asked, a strange tale from the past emerges, a tale behind all the secrets of the present…

My firm advice with this particular slice of the adventure is not to read it. First, go back to the first in the series, The Steerwoman, and start the narrative there. While I’m sure you could follow this slice of the unfolding story without too much trouble, this is such a cracking series with so many clever twists and scenarios that starting here right at the end would be a real shame. Far better to begin at the start to fully appreciate this adventure.

Rowan visits Donner on the trail of the wizards – and Slado in particular. Once there, she needs to be careful as she cannot afford to come to the attention of the wizards. They have lethal powers and arcane methods of tracking people.

And once more we are tipped into the middle of a nail-biting adventure that had me gripped – while I don’t want to venture into Spoiler territory, the scene in the field with the dragons was masterfully handled and will stay in my mind for a very long time. I also loved the manner in which this magical fantasy slowly slides into science fiction. Kirstein beautifully handles the action and unfolding plot. It was also great to have her companion Bel alongside once more. They make a strong team and I missed her presence in the last story. In fact there is only one major problem for me with this particular book – it doesn’t wrap up the adventure.

Kirstein is apparently working on the next two books in the series and I am hoping that they will appear in due course. Though I’m prepared to be patient as she is now self-publishing the whole series – this outstanding adventure deserves a suitably awesome ending. In the meantime, I recommend the series so far – it’s a gem and should have far wider recognition.
9/10