When I saw this one on Netgalley, I immediately requested it, having read the first book, The Thousandth Floor – see my review here – and really enjoying it.

New York City, 2118. A glittering vision of the future, where anything is possible – if you want it enough. 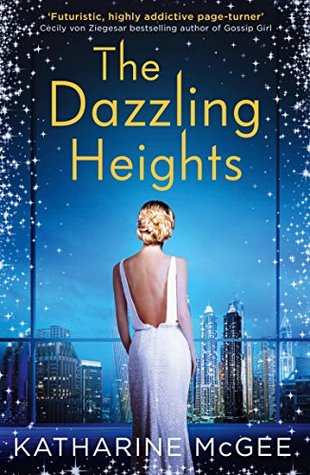 Manhattan is home to a thousand-story supertower, a beacon of futuristic glamour and high-tech luxury… and to millions of people living scandalous, secretive lives. Leda is haunted by nightmares of what happened on the worst night of her life. She’s afraid the truth will get out – which is why she hires Watt, her very own hacker, to keep an eye on all of the witnesses for her. But what happens when their business relationship turns personal? When Rylin receives a scholarship to an elite upper-floor school, her life transforms overnight. But being here also means seeing the boy she loves: the one whose heart she broke, and who broke hers in return. Avery is grappling with the reality of her forbidden romance – is there anywhere in the world that’s safe for them to be together? And then there’s Calliope, the mysterious, bohemian beauty who’s arrived in New York with a devious goal in mind – and too many secrets to count. Here in the Tower, no one is safe – because someone is watching their every move, someone with revenge in mind. After all, in a world of such dazzling heights, you’re always only one step away from a devastating fall…

This YA near-future thriller bristles with intrigue, including an intended con, a guilt-ridden girl desperate to cover her tracks and prepared to go to any lengths to do so and a young couple who have it all – except each other. Most of these characters are materially pampered, living as they do in the lap of luxury with all sorts of extra add-ons gifted by near-future technology that we don’t yet possess. I really like these futuristic nifty touches McGee includes throughout the story without impeding the pace in any way.

I also enjoyed the fact that McGee isn’t content to merely present us with an ensemble of privileged youngsters, who inevitably are saddled with entitled attitudes – she takes us into their lives to the extent that even if we don’t like them, we do understand what drives them. As it happens, there was no one among the cast who I didn’t like. While initially, it took me a little while to recall who was doing what to whom, once I rebonded with all the protagonists, I found myself caring about all of them. After that, the pages turned themselves as the storyline advances through the alternating viewpoints of each one of the characters trying to make their way in a glittering world where they are the object of a lot of jealous scrutiny.

There is a nice moral lurking within this story that McGee keeps downplayed, making it all the more effective. Happiness doesn’t equal the next designer dress, beautiful piece of jewellery or wonderful party – instead it is about friendship, trust and love, both within and outside families.

Any grizzles? Hm. There is a dramatic incident near the end of the story that radically shifts the dynamic and the person responsible apparently comes out of nowhere. Of course, if you have read the first book, you will instantly recognise the name and understand what is powering her actions. I did feel that it wouldn’t have unduly lengthened the book to have a couple of chapters featuring this particular character, giving us more of her backstory. Having said that, it certainly isn’t a dealbreaker and is more of an observation as someone who habitually picks up book series halfway through.

Once more, the story ends with a dramatic climax, so that I shall be eagerly looking out for the next slice of this adventure. Recommended for those who like their YA with plenty of tension in a very cool futuristic setting. While I obtained the arc of The Dazzling Heights from the publisher via NetGalley, this has in no way influenced my unbiased review.
8/10