This meme was started by Books by Proxy, whose fabulous idea was to compare UK and US book covers and decide which is we prefer. This week the theme is food, so I’ve chosen Golden Apples of the Sun by the incomparable Ray Bradbury. 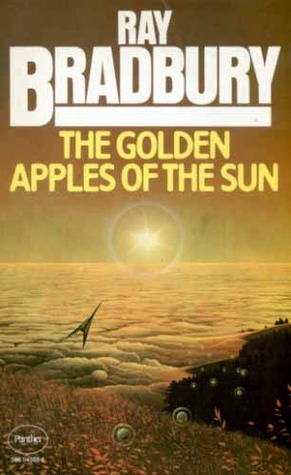 This is the e-cover produced by Amazon for the Kindle version of this anthology. Initially I was slightly underwhelmed, but after wincing at some of the truly awful covers for this sublime book, I’m now more appreciative. At least there isn’t a family of woodentops passing around gigantic apples or oddly blue hands waving around *shudders at the memory*… 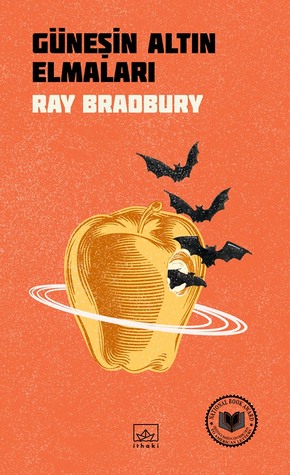 This Turkish edition, produced in April 2016 by İthaki Yayınlarır is quirkily effective. The bats coming out of the apple is an arresting image and the tangerine coloured cover is eye-catching. I quite like this one.

Published in November 1989 by Minotauro, this cover is really effective. I love the spacescape with the golden apples dotted around instead of stars with the golden sun shimmering below. It certainly comes closer to depicting the wonderful prose of both Bradbury’s short stories and the final line of the beautiful poem of W.B. Yeates he chose as the title… 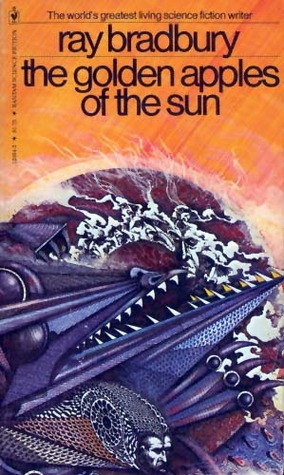 Produced in February 1979 by Bantam, this cover has a real pulp-fiction feel. The weirdly coloured sun and that particular font which defined London in the 50s and 60s harks back rather than looking forward. While I like the quirkiness, my reservation is that I’m not sure if anyone other than a science fiction fan would go near this collection – and that’s a crying shame as Bradbury’s prose deserves to be read by a far wider audience. 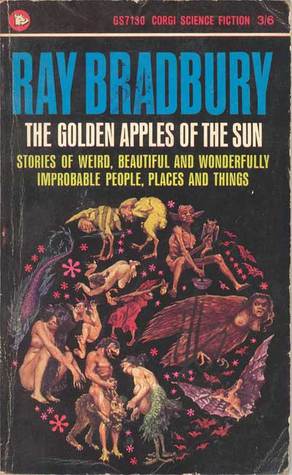 This is a real blast from the past – a 1964 edition published by Corgi, hence the rather battered look of it. But despite its age, it gives a sense of excitement and weirdness to this collection. Though there is rather a lot of bare flesh which gives the impression that Bradbury’s content is more sexually explicit than it actually is.

And here is that lovely poem…

The Song of Wandering Aengus
By William Butler Yeats

I went out to the hazel wood,
Because a fire was in my head,
And cut and peeled a hazel wand,
And hooked a berry to a thread;
And when white moths were on the wing,
And moth-like stars were flickering out,
I dropped the berry in a stream
And caught a little silver trout.

Though I am old with wandering
Through hollow lands and hilly lands,
I will find out where she has gone,
And kiss her lips and take her hands;
And walk among long dappled grass,
And pluck till time and times are done,
The silver apples of the moon,
The golden apples of the sun.