This meme was started by Books by Proxy, whose fabulous idea was to compare UK and US book covers and decide which is we prefer. This week the theme is aliens, so I’ve chosen The Tar-Aiym Krang – Book 1 of the Pip and Flinx series by Alan Dean Foster. 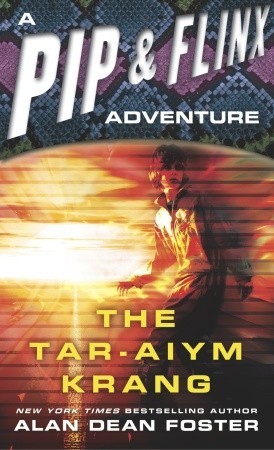 This is the offering produced by Random Del Rey in November 1981. I like this cover, with its depiction of young Flinx and the scales of the little dragon as the backdrop for the font. 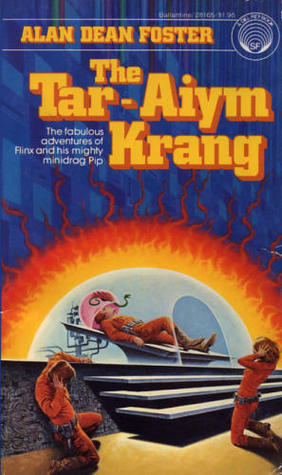 This cover produced by Del Rey in November 1981 shows its age with the bright colours and the comic-style depiction of the figures. I have a real soft spot for these types of covers – the science fiction I fell in love with was packaged in these covers. And this one, I think, shouts adventure and escape. 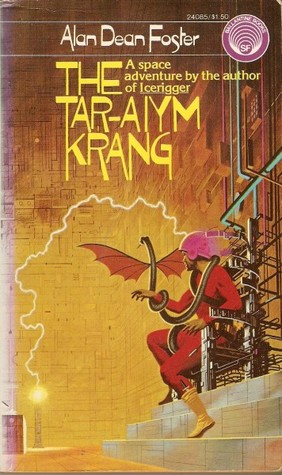 This cover, also produced in November 1981 by Ballantine Books is my favourite. I like the bright colour and the detail. The figure sitting on the throne-like chair facing away is intriguing – as it the disturbing link with the winged creature in the background. I also really love the quirky font. 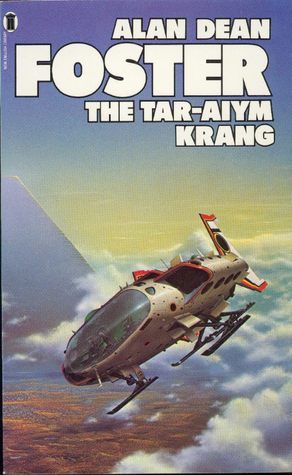 This effort is produced by the New English Library Ltd in January 1979 with its depiction of a space shuttle landing about to land. The sky with its cloud cover and glimpses of the ground below is interesting. Again, this one is of its time – but is a tad generic.
Which one do you like best?