Many thanks to Kristen for her interview and the chance to talk about my Creative Writing courses.

To add another wonderful addition to my series of interviews with editors, writers, and other book adjacent individuals, I am thrilled to present my conversation with Sarah J. Higbee, author and creative writing teacher extraordinaire. She provides great tips for new writers as well as insight into what makes people return to science fiction again and again.

You can also explore the other interviews in this series, including one with Editorial Director Alison Hennessey and another with author  E. Michael Helms.

Bio:
Sarah J. Higbee is a science fiction author and creative writing teacher at Northbrook College in England. In addition to working on her full length novels, Sarah has published a variety of magazine articles, poems and short stories including “How Words Were Invented” from Abandoned Towers and “Picky Eaters” from Every Day Fiction. Her latest story “Miranda’s Tempest” was published in the anthology Eve of…

Well this children’s offering is fun! So what happens when you don’t exactly fit in all that well at school, but have a passion for something else? And then you find circumstances sweep it all away from you? 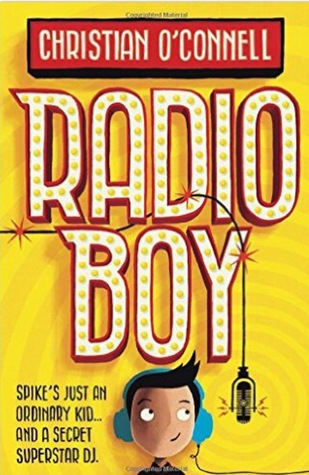 Meet Spike, aka Radio Boy: a new Adrian Mole on the radio for the internet generation.
Spike’s your average awkward 11 year old, funny and cheeky and with a mum to reckon with. When he becomes the first presenter ever to be sacked from hospital radio, he decides to take matters into his own hands, aided and abetted by his dad and his two best friends. However events then spin out of his control…

This is a light-hearted look at that awkward tween stage when children are now finding more is expected of them, yet they are not yet accorded the status of teenager. It’s a difficult age. O’Donnell clearly has a ringside seat onto the kinds of insecurities and difficulties that beset this age-group, which I think he deals with really well. Spike is a thoroughly engaging protagonist and his first person viewpoint is peppered with his amusing take on the world, without him being knowing. I also like his two best friends, who are also completely convincing.

Spike’s parents are also enjoyable. All too often, most adults are portrayed as dribbling idiots or froth-mouthed tyrants in fiction for this age-group, but Spike’s father’s yearning for his lost opportunity to be a rock star and Spike’s mother’s over-protectiveness, brought on by working in a hospital come across as both amusing, yet with an undertow of poignancy. I also liked the fact that Spike has a very supportive, understanding teacher, who goes out on a limb to help him.

The story rackets along in Spike’s viewpoint and I read it in one greedy gulp as the situation steadily gets increasingly out of control. Any niggles? Yes – the headteacher of St Brenda’s is straight out of a comic with his tyrannical attitude, outright favouritism of his own son and screaming meltdowns. He isn’t remotely convincing and jars in a story where everyone else has a strong streak of reality. I do realise that O’Donnell is playing it for laughs, but I do wish he had reined in the farcical aspect just a bit. If Mr Harris had resorted to half the capers he is supposed to have got up to, he would have lost his job. That said, I am conscious that I’m not the target audience.

However, this story still has far more going for it than that one criticism and I shall be reading it to my granddaughter in due course, who I hope will be sniggering alongside me. In the meantime, if you are searching for a funny, entertaining book for a newly independent reader, then this one comes recommended.

While I obtained the arc of Radio Boy from the publisher via NetGalley, this has in no way influenced my unbiased review.
8/10