This meme was started by Books by Proxy, whose fabulous idea was to compare UK and US book covers and decide which is we prefer. This week I have chosen Uprooted by Naomi Novik – one of my favourite reads of 2016.

This is the cover produced by Macmillan in May 2015 and is the cover of the book I read. I like it – the way the tower dominates the isolated village very effectively depicts the storyline. The colour also makes this an attractive, eye-catching cover – the downside is the very simplistic artwork initially made me think this was a children’s book, when it’s nothing of the sort. 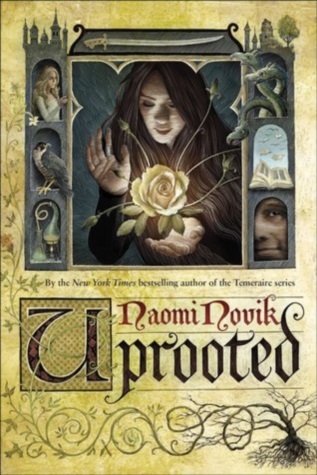 This is the cover produced by Del Rey in May 2015. I think this is a really good candidate – the medieval flavour is well depicted and I like the nod in the direction of the ‘Beauty and the Beast’. The title font is lovely.

This edition is published in May 2016 by Pan Macmillan and reverts to the very simplistic design, without the attractive colouring. I think this is a rather drab, downbeat effort – a shame when considering what a cracking read the book is. 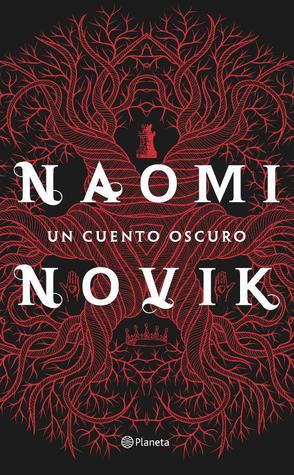 This Spanish edition, produced in March 2016 by Planeta, is beautiful. I love the detail of the red etched trees highlighted against the black background, which is still simple but so very effective. This is my favourite cover.

This German edition, produced in November 2016 by cbj, has chosen to feature the trees in a more figurative way. It is well done and evokes the mystery and era of the story, but does not quite have the punchy eye appeal of the previous cover. What do you think – which is your favourite?