I enjoyed reading Bright Blaze of Magic earlier this year – see my review here – so pounced on this offering when I spotted it. The first thing to say is don’t worry about the fact this is the fifteenth book in the series – I requested it from NetGalley blissfully ignorant that there was a fourteen-book backstory, and frankly, it didn’t matter. I’m sure there were nuances and allusions I missed, having not been part of the world before, but at no point was I floundering or feeling I was playing catch-up. So if this one takes your fancy, then go for it whether you’ve read any of the others or not. 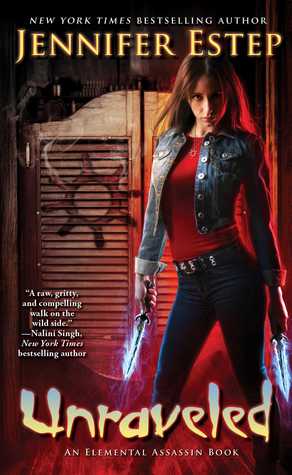 What could go wrong when you’re trying to unravel a decades-old conspiracy?

As the current queen of the Ashland underworld, you would think that I, Gin Blanco, would know all about some secret society controlling things from behind the scenes. I might be the Spider, the city’s most fearsome assassin, but all my Ice and Stone elemental magic hasn’t done me a lick of good in learning more about “the Circle”. Despite my continued investigations, the trail’s gone as cold as the coming winter. So when Finnegan Lane, my foster brother, gets word of a surprising inheritance, we figure why not skip town for someplace less dangerous for a few days? That place: Bullet Pointe, a fancy hotel resort complex plus Old West theme park that Finn now owns lock, stock, and barrel. At first, all the struttin’ cowboys and sassy saloon girls are just hokey fun. But add in some shady coincidences and Circle assassins lurking all around, and vacationing becomes wilder—and deadlier—than any of us expected. Good thing this assassin brought plenty of knives to the gunfight …

The breezy first person pov in the blurb is a fair reflection of the tone throughout. Gin has a rather traumatic past that comes through clearly without holding up the narrative and there were times when I slightly winced at the gung-ho manner in which she dispatched all the foot-soldiers ranged against her. But given the level of mayhem and action, there is a lot less graphic detail than I was expecting. In fact, if it wasn’t for the single rather detailed sex scene in it, I would have thought this far more suited to the YA market than other recent offerings specifically aimed at that readership.

I loved the Bullet Pointe – that tongue-in-cheek play on words for this theme park, sets the tone, complete with dressed up characters, setting and set piece shoot-out gave this assassin-action story a glossy light-hearted feel. Estep clearly enjoyed writing this one – there is a bounce and freshness to the scenario that often isn’t apparent in a long-running series. I sort of guessed where the twists were coming, but that didn’t really matter. I cared about Gin Blanco and hoped she’d prevail against the satisfyingly nasty baddies and would happily read more of the Elemental Assassins series. It was a welcome slice of light relief after having read some hefty, awesome books recently.

I received the arc of Unraveled from the publishers via NetGalley in return for an honest review.
8/10