My friend Mhairi Simpson got hold of the arc of this book at a conference and when I caught sight of the oh-so-pretty cover, I asked if I could borrow it.

Kit is proud to be a Blackhart, now she’s encountered her unorthodox cousins and 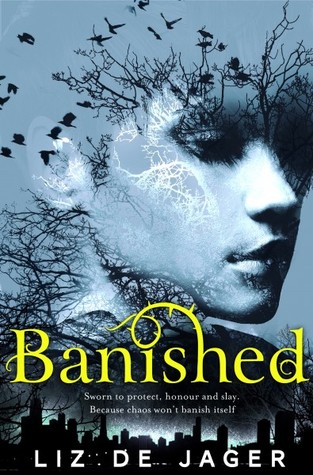 their strange lives. And her home-schooling now includes spells, fighting enemy fae and using ancient weapons. But it’s not until she rescues a rather handsome fae prince, fighting for his life on the edge of Blackhart Manor, that her training really kicks in. With her family away on various missions, Kit must protect Prince Thorn, rely on new friends and use her own unfamiliar magic to stay ahead of Thorn’s enemies. As things go from bad to apocalyptic, fae battle fae in a war that threatens to spill into the human world. Then Kit pits herself against the Elder Gods themselves – it’s that or lose everyone she’s learnt to love.

Yes… this is a book about a heroine who has had a rocky time of it and then finds her feet among a rather gifted family – and turns out to have some unusual powers. All as cosily familiar as a late-night cup of cocoa. But I really enjoyed this one. The writing is slick and readable, the pacing fast with an enjoyable cast of characters who all pinged off the page. The author can also write a very good fight scene – which is just as well because this is a swords and sorcery adventure packed full of sharp pointy weapons.

There is a sense of real threat from the monsters ranged against Kit and her allies – they didn’t just look repellent, they are cruel and incredibly strong, which increases the stakes when fighting against them. All in all, the worldbuilding is solidly good with a sense a lot has occurred before Kit discovers a Fae personage fighting off baddies on her doorstep, and I also very much appreciated the glimpses of the bigger picture right at the end of the story via the King’s viewpoint. The Fae are particularly well drawn by de Jager, who has provided us with a ringside seat at this coup – and graphically depicted the cost in lives and damage wrought by this powerplay. It was this unfolding drama that sets this book apart for me. I very much want to know more about the Fae royal family and look forward to reading the second book in the series.

Any grizzles? Overall, I enjoyed the relationship between Kit and Thorn – but there was a section in the book where it all seemed to intensify as head-swivelling speed. That said, they had already endured a series of life-threatening adventures together and that can have the effect of heightening feelings – witness all the whirlwind romances during wartime. If you are looking for an enjoyable swords and sorcery Fantasy tale, with plenty of action that doesn’t descend into gritted despair, then go looking for Banished – it’s a thoroughly enjoyable tale.
8/10