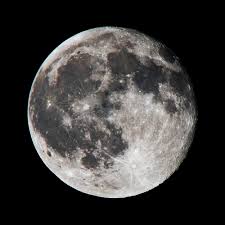 but I really couldn’t think of anything to say, other than thank you very, very much for taking the time to read and comment on my reviews and articles.

So how have I done during May – have I managed to keep within touching distance of my very ambitious targets for this year?

• I’m now on the last lap of the third major edit of Breathing Space. It’s taken quite a long time, but I’ve been quite pleased with it, so far. It’ll be interesting to see if the closing scenes work, as I’ve had several goes at them to ensure the ending is sufficiently satisfying – though it will be leading into a crime series with my protagonist, Jezel Campo, solving the murder mysteries, so I’ve left a dangling plotline that I can pick up again in Bloodless. I’ve also been working on the blurbs for all three books and I’m finally happy with them.
Challenge – To have The Sunblinded trilogy published during 2016. Still on target…

• I read 13 books this month and reviewed 11 of them. Five were new releases, but I’ve gone a bit mad this month with all the NetGalley arcs I’ve stacked up for review, so will need to keep on top of it all. There’s a good chance it will all come crashing down about my ears… Though I got carried away because I’ve been having so much fun reading books I wouldn’t necessarily have picked up off the shelves. Only one, so far, has been an utter disaster – which is very good going, given that I’ve read 66 books so far this year.
Challenge – To review a minimum of 100 books during 2016 and widen my reading to include more authors new to me. So far, I’m comfortably on target for this particular challenge, as during May I read another 6 authors I haven’t encountered before.

Overall, it’s been a good month. My classes are going well at Northbrook, though I can’t believe we are now nearing the end of this academic year. Tim is now thriving with the one to one teaching he is getting and we now have a solid plan as to what we’ll be working on next year. I thoroughly enjoyed going to Lesley’s book launch at The Kew Bookshop last week, and will be reviewing The House With No Rooms next week. I wrote just under 14,000 words for my blog and just over 6,000 words on teaching admin during May, bringing my overall writing total this year to just under 114,500 words. Sadly, none of those were new manuscripts – but once I decided to publish my novels, inevitably editing has to become a far greater chunk of the workload than the initial writing.

Here’s hoping everyone has a successful June and that the weather starts to act as if summer has arrived!