I read and thoroughly enjoyed the first two books in this series – read my review of Omens here. Would this third instalment of Cainsville continue to intrigue and draw me into the murky world of warring fae? 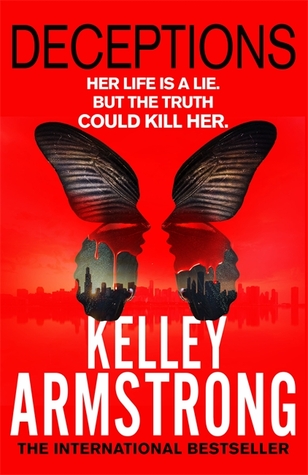 TRUST NO ONE. Olivia Jones is desperate for the truth. The daughter of convicted serial killers, she has begun to suspect that her parents are innocent of their crimes. But who can she trust in a world where betrayal and deception hide in every shadow? RISK EVERYTHING. Liv does have one secret weapon: a mysterious sixth sense that helps her to anticipate danger. The trouble is, this rare power comes with its own risks. There are dark forces that want to exploit Liv’s talents – and will stop at nothing to win her to their side. FACE THE TRUTH. Now Liv must decide, before it’s too late. Who does she love? Who is really on her side? And can she save herself without burning down everything that matters most?

This series started with a real bang that had me immediately rooting for Olivia and I also enjoyed where the story spun off in the last book, so is this offering as gripping? Olivia is a well written, enjoyable character and the set-piece scenes, particularly those in the deserted mental hospital are well handled, with plenty of pace and sufficient creepiness to hold me. However, I am not a huge fan of love triangles and this book revolves around Olivia’s close relationship with Gabriel and Ricky, as we find her torn between the young, sexy biker and the conflicted, moody intellectual… It is a testament to Armstrong’s writing that she doesn’t come off as some flirty airhead enjoying her power over these two men – a dynamic I personally loathe. Neither was I thrilled that our feisty heroine had to play the submissive girlfriend around the biker gang. It comes to something when escapist fiction written predominantly for women still has the protagonist dancing to the chauvinistic values of some of the less enlightened among us. I would just add that if you have a youngster who enjoys browsing through your books, this one has some fairly steamy sex scenes, as well as mild violence.

That said, I found the murder mystery element far more enjoyable as the plot threw up a number of possible candidates and when the denouement came, I did not guess the culprit. I have a hunch that we haven’t seen the full impact of that one on Olivia or those close to her, as yet. What this book did do, was provide an enjoyable antidote to the rather grim near future apocalypse, I’d been previously reading – and that is, after all, what you require from a slice of romantic urban fantasy, isn’t it?
7.5/10