This book has an interesting history. It was first published in 1983, when it was treated as straight science fiction with emphasis on the fiction. However, as some of the predictions made by Hoyle have now become frighteningly accurate, given the grim finale, Quercus are now republishing it. 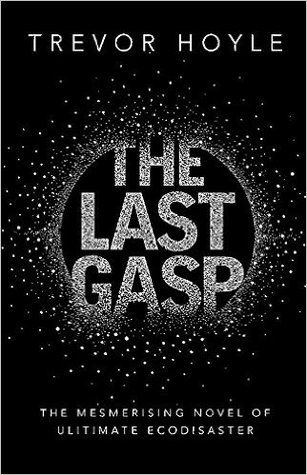 MANKIND IS KILLING THE AIR WE BREATHE. Scientists have been warning for decades that we are poisoning the Earth. Now their prophecy is coming true. The oceans have become polluted, destroying a crucial link in the planet’s life-support system. Instead of joining in friendship to meet this deadly future, corrupt superpowers are plotting to secure the last remaining clean air for the privileged few. This is the terrifying 21st-century prophecy of what we are doing to our home in space. Once it was just a scary bedtime story. Now it has become horrifyingly real.
TIME IS SHORT.
THE AIR IS RUNNING OUT.

I wasn’t aware of this book’s longevity when I was reading it, but it didn’t surprise me on discovering it. The sections of scientific information occur at regular intervals in blocks, that to be honest, is a hard science fiction habit I could do without as it tends to crash through the narrative in omniscient viewpoint. However, I’m aware there are fans of the genre who love this convention so I’m not going to mark down the book on those grounds, though it did mean I struggled with the storyline more than I would have liked.

Hoyle is clearly on a mission to alert his readers to the danger we pose to ourselves as there is a relentless quality to this novel, while the antagonists embark on a mad scheme to use the environment as a weapon of mass destruction. Initially I thought it was too far-fetched, until I considered the insane stupidity of the nuclear missile programme.

However, I did find it difficult to bond with the main characters, as they are all fairly superficial and mostly wheeled on to serve the driving force of this book, the narrative arc. This rolled forward inexorably, spanning several decades into the near future when climate change and diseases overtake the population. It made for depressing reading. The penultimate scene in the hotel takes on the feel of an out and out horror movie – and I thought I knew how this book was going to end – until I reached it. And this is where it completely lets itself down in an unrealistic conclusion that simply doesn’t work for me. A shame, as it undercuts the cumulative effect of the strong warning through the rest of the book. That said, it is a thought-provoking, disturbing read with a strong warning our politicians and law-makers would do well to heed.