Many thanks to Charles for nominating me to have a go at this freestyle challenge on my blog. How could I refuse, given that with my Creative Writing tutor hat on, I regularly dish these babies out to my students?
The rules are:-
1. Open a blank Document
2. Set a stop watch or mobile phone timer to 5 or 10 minutes
3. Your topic is at the foot of this post – DO NOT SCROLL DOWN TO SEE IT UNTIL YOU ARE READY WITH YOUR TIMER!
4. Once you start writing do not stop until the alarm sounds!
5. Do not cheat by going back and correcting spelling and grammar using spell check (it is only meant for you to reflect on your own control of sensible thought flow and for you to reflect on your ability to write with correct spelling and grammar.)
6. You may or may not pay attention to punctuation or capitals
7. At the end of your post write down ‘No. of words = ____” to give an idea of how much you can write within the time frame
8. Copy and paste the entire passage on your blog post with a new topic for your nominees and copy/paste these rules along with your nomination (at least 5 bloggers)

The writing prompt Charles set was:
If you could travel to any place in the world at another historical era, where would it be?

Oh it would have to be London in the Elizabethean era – the first one, that is. I would LOVE to wander the streets 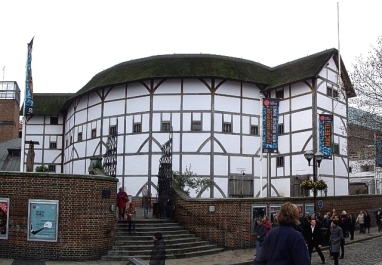 where Shakespeare, Francis Drake and Elizabeth herself swished by… Though I would want to be someone with a bit of cash – I’m under no illusions that it would be a thoroughly grim place if you’re bottom of the heap socially and financially. No benefits back in those days – not with Henry VIII having dissolved the monasteries.
But the crackling sense of that society coming into its own, with the flowering of literature, alongside the uncertainty and terrible fear of invasion which somehow SHARPENED things – shook the upper echelons up and had people striving harder than ever with the belief they’d prevail. And often they did… Even characters like poor, doomed Sir Walter Raleigh.

I’d also like to be a man in this world. Or at least disguised as one. Women – even virgin queens – were definitely tolerated rather than treated with equality, although the worst of the women-hating, witch-burning oppression was yet to come with that horrible little man, James I, Elizabeth’s nasty nephew who succeeded her… But, yes, Shakespeare’s London – that’s where I’d want to visit. And breathe in the air, taste the food and catch a vibe of the generation and time that created the greatest genius who ever put pen to paper.
And then the question arises – which year would be best? Hm. That’s something of a poser. Would I find the early days of Shakespeare’s plays, when he was penning the likes of ‘Romeo and Juliet’, or would it be preferable to sit through a performance of ‘King Lear?’
275 words in 10 minutes

It was fun to do. I write a lot, but generally not against the clock, which did slightly produce brainfade, but it was definitely an interesting experience and I PROMISE that the content I’ve published is as it left my fingers in all its unedited glory.

I nominate the following to have a go at my challenge:-
Michael D. Griffiths
Mhairi Simpson
Sara Letourneau
Sophie E. Tallis
Joanne Hall

I’ll fully understand if you decide you’re too stacked out with other stuff, right now. But, hey, there’s no time limit on this one, and you may find it fun to do later in the year. In the event you do want to have a go, please scroll down only when you’re completely ready to accept the challenge… While I’ve specifically challenged certain folks, if you’re visiting and the idea has caught your eye, please do take part – and let me know. I’d LOVE to know what you’ve done with the starting line:). Good luck!
And
*
*
*
Your
*
*
*
Topic
*
*
*
Is:
If you could travel at warp speed to any part of the solar system, other than Earth, where would you want to go and why?