This sequel to the intriguing The Secrets of Life and Death follows the same format – a dual narrative in the viewpoint of Edward Kelley, former assistant to the famous Dr John Dee; and the contemporary strand in the voice of Jackdaw Hammond. Does this book build on the promise of the first one?

Venice, 16th century. Having undertaken a mission of the upmost discretion, occultist and scholar Edward Kelley finds the answers he seeks are more perilous than can be believed, and his ultimate salvation means confronting the darkest deeds of his past. 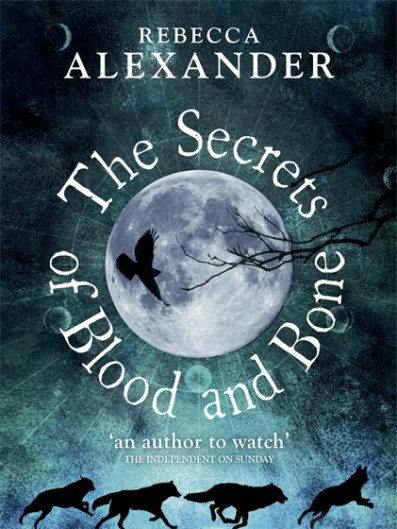 England, 21st century. Running from her past and hiding from her future, Jackdaw Hammond inherits an old house in the middle of nowhere. But her fresh start is threatened by a wild magic similar to her own. The legacy of Edward Kelley remains, and with their fates inexorably intertwined the battle for Jackdaw’s soul has just begun.

While you don’t have to have read the first book – see my review here – it certainly helped that I was already bonded to Jack and wanted her to succeed. This strand packs a punch – the overgrown cottage and rampant garden immediately caught my attention, as well as the fate of the previous owner… Alexander’s pacing and characterisation is more sure-footed in this book as we, once more, untangle a murder mystery and learn another aspect of supernatural creatures existing alongside the rest of us. While Jackdaw finds herself steadily changing as a consequence of actions that happened at the end of the first book.

I really enjoyed the progression of the characters throughout the book – Alexander is very good at following through the consequences of her protagonists’ adventures, which gives an interesting edge to this fantasy. The story took several completely unexpected twists, which had me hooked. The antagonists were also written with more immediacy – there was a constant sense of threat that steadily grew throughout the book, giving the climax a real punch.

Meanwhile, Edward Kelley is also following coping with the fallout resulting in his own actions as his studies lead him to Venice. His observations of Venetian life at the height of the city state’s power are enjoyable as he finds himself sucked into yet another scheme by a powerful family who need his skills.

As for the ending – well I certainly didn’t see that coming! It was a strong unexpected conclusion to a really enjoyable, outstanding read.
10/10