This is set in the same world – and the same backdrop – as Griffin’s highly successful Midnight Mayor series, featuring Matthew Swift as her conflicted and very powerful protagonist. So – given that such a very strong hero is having to make room for Sharon Li and her group of maladjusted magic-users – does this series have the same star quality evident in the Midnight Mayor books?

When Sharon Li unexpectedly discovers she’s a shaman, she finds herself called upon to use her newfound oneness with the City to 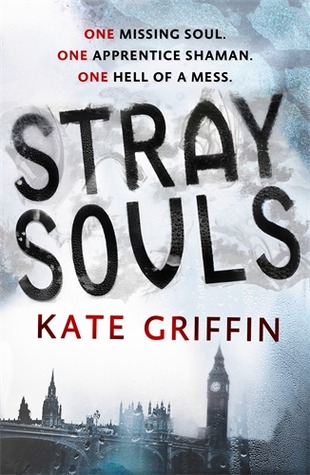 rescue it from a slow but inevitable demise.

The problem is, while everyone expects her to have all the answers – from the Midnight Mayor himself to Sharon’s magically-challenged self-help group – she doesn’t have a clue where to start. But now that London’s soul is gone, the Gate is open and the hunt begins.

Like the Midnight Mayor series, this is definitely one for the adults. Sammy the Elbow, the world’s second best shaman, sprinkles his dialogue with language almost as foul as his smell…

This book is written in multiple viewpoint, so we get a ringside seat to the struggles of Rhys, a druid forced to shelter from Nature due to his chronic hay fever; Gretel the troll, who wants to cook; Sally the banshee, who writes everything down on a whiteboard so that her magically-enhanced voice doesn’t drive men mad; Kevin, the vampire who has major issues with blood – along with any other fluids that may pose a risk of infection… Even Matthew Swift, the Midnight Mayor isn’t particularly effective – his specialty being to blow things up in a messy destructive manner, whereas this job requires finesse. I’ve enjoyed all the Midnight Mayor books and come to admire Griffin’s writing talent – however my misgiving was that with such a very powerful main character, the forces ranged against him also had to be equally huge, or there was no real plot. But, the motley crew surrounding Sharon certainly don’t fall into that category.

I expected an action-packed plot wound full of tension and vivid descriptions of some of the less wholesome parts of London, which I certainly got – but what was a delightful surprise were the laugh-aloud moments. And this book is full of them. Griffin’s humour is pitch-perfect and a wonderful counterpoint to the full-on action and pathos. A book that leaves me with a lump in my throat while making me laugh always has a special place in my heart – it doesn’t happen all that often. Matt Haig’s The Radleys was the last time I read one of these rare novels…

And if Griffin’s descriptions leap off the page, then her dialogue is a joy – pin-sharp, funny and perceptive. With such a strong cast of interesting characters, Sharon’s slightly desperate flailings to discover just exactly what she should be doing could have been completely eclipsed by the likes of Rhys and Kevin. Yet Griffin avoids that pitfall with the same deftness that she handles the issue of how to neutralise a magically potent protagonist such as Matthew Swift.  Her simmering anger at social injustice that produced the King of Rats, the tribe and the Bag Lady is still apparent in Griffin’s character, Greydawn.

As for the ending, it was beautifully handled – both satisfying and poignant. All in all, while Griffin’s books have always been excellent, Stray Souls is outstanding and the best urban fantasy book I’ve read this year.
10/10